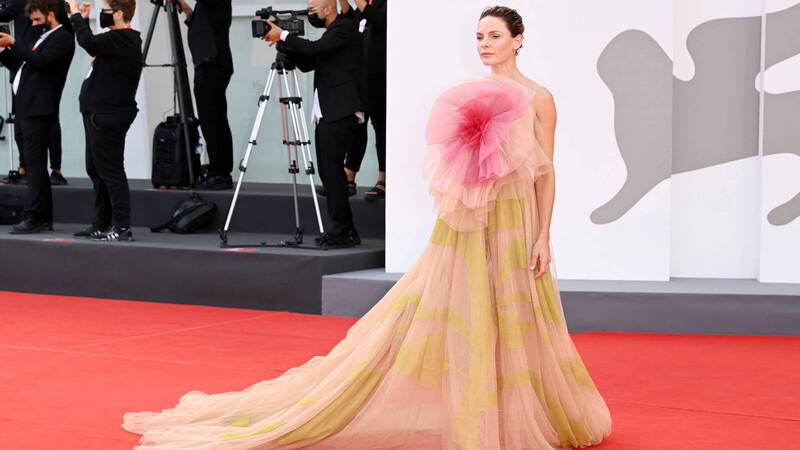 Dressed in classy and glamorous fashions from international fashion houses, A-list female stars gathered together on the beautiful island of Lido (Italy) to attend the 2021 Venice Film Festival.

In the movie premiere Dune starring Zendaya, she captivated the community when she appeared in a trendy outfit from the fashion house Valentino. The actress wore a design from the Fall-Winter 2021 Valentino Couture collection with a white silk dress with a feminine shirt shape and a black oversized blazer with sturdy cuts. The highlight of the mix is ​​the indifferent unbuttoned chest and soft pink silk ribbon tied across the hips. To complete the overall outfit, the actress chose to combine red satin high heels Pigalle Plato by Christian Louboutin’s house and let her curly hair fall loosely seductively. 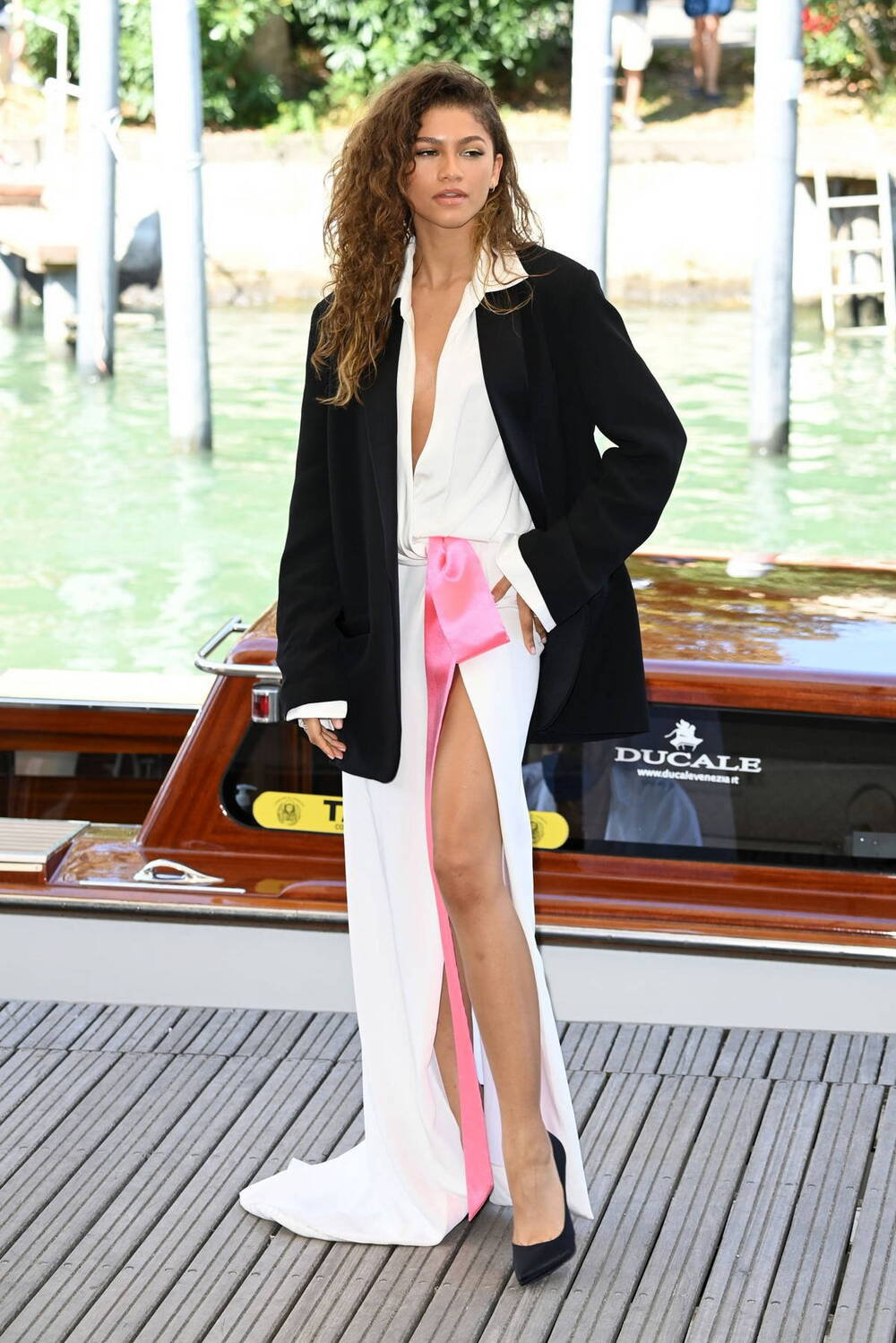 At the red carpet event to promote Dune, Zendaya continues to make fans and fashion village overwhelmed when appearing as an ancient Greek goddess. Stylist Law Roach has chosen for her a trendy nude leather dress that hugs the body with an eye-catching slit that shows off her long slim legs designed exclusively by Balmain brand. Choosing the “wet look” look, the actress’ hair was also styled “wet” like a “mermaid just emerged from the water” with small curls pressed close to the temples. The idea for this mix was inspired by Zendaya and her stylist from a real goddess statue named Undine Rising from the Water. 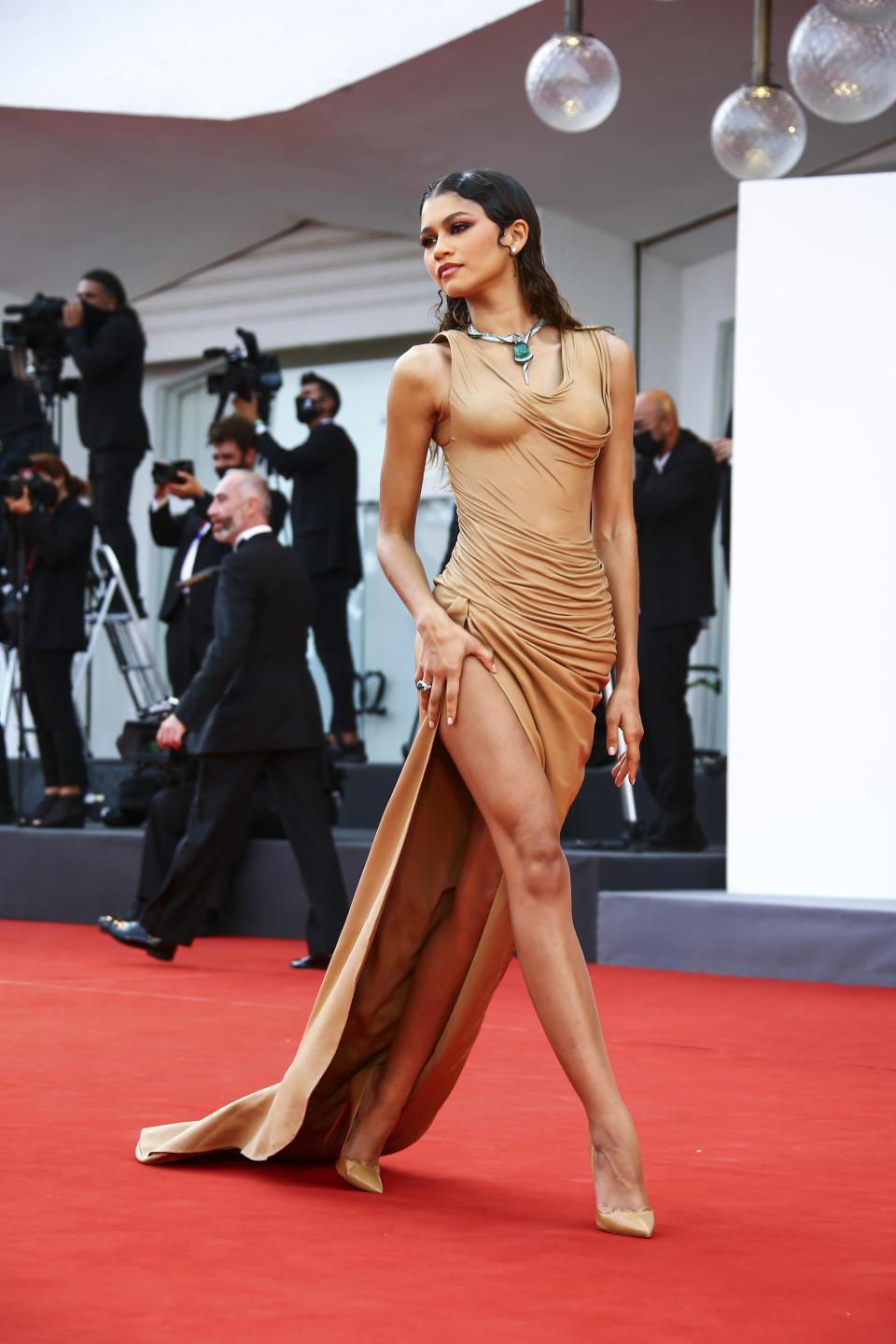 But perhaps, what makes people unable to take their eyes off Zendaya is the presence of a precious emerald necklace in the collection. Haute Joaillerie Magnifica from jeweler Bvlgari. With the name Hypnotic Emerald, this design is made up of two separate strands of twisted gems and a white gold bezel. Hypnotic Emerald encrusted with numerous baguette-cut and round brilliant diamonds and emeralds. However, the most special feature of this jewelry creation is the cabochon-cut emerald (smoothed with an arc shape with a flat or slightly curved base) from Zambia with a “huge” weight. 93.38 carats. Inspired by the image of a mother snake protecting her eggs, this enchanting green emerald is encased in a delicate gem-set white gold frame that presents a harmonious combination of strong and soft lines. commercial. 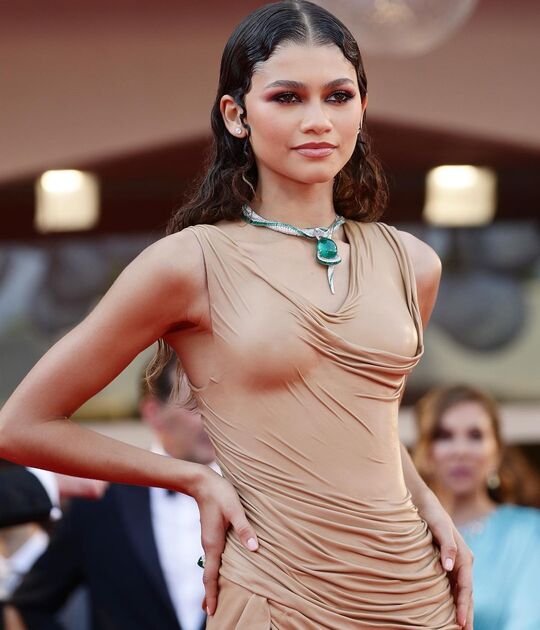 Also in the evening of the same day, she once again appeared as Venus in an intimate dinner party with a white cut-out dress with a white collar and belt details from nude leather of the fashion house Dion. Lee. Perhaps, stylist Law Roach wants to thoroughly show off the actress’ long slender legs when this is the 3rd time in the framework of the Venice Film Festival, people see her appearing in a dress design with a sexy leg slit. .

The main actress of Spencer surprised fans with her superb legs when appearing in a short black jumpsuit made from tweed fabric with buttons and chains decorated from luxurious gilded metal. She chose a subtle smoky brown makeup layout and black high heels with a pearl sole to complete the overall look. 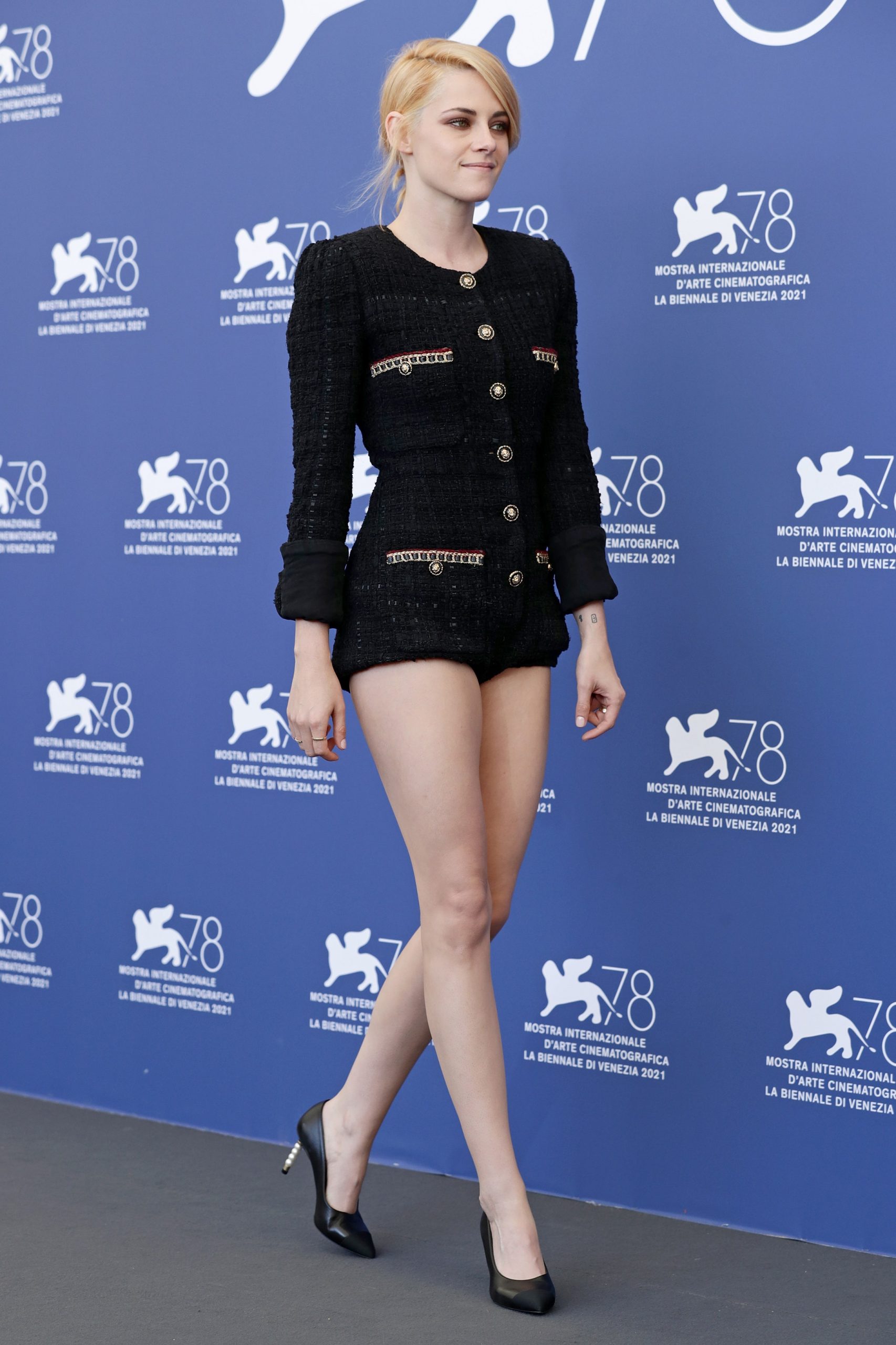 Appearing in a cool mint green design in Chanel’s Fall-Winter 21/22 Haute Couture collection, Kristen seems to completely change the concept of red carpet fashion. Inspired by the loungewear of European women of the past, Kristen’s outfit consisted of a fragile silk blouse with lace embellished with a black bow tie at the waist and matching silk pants. To elevate the outfit, the actress opted to curl her loose blonde bob and wear white heels from Christian Louboutin. This outfit of Kristen has also caused a lot of controversy in the fashion community because there are many opinions that even though it is Haute Couture, this design is not suitable to appear on the red carpet. 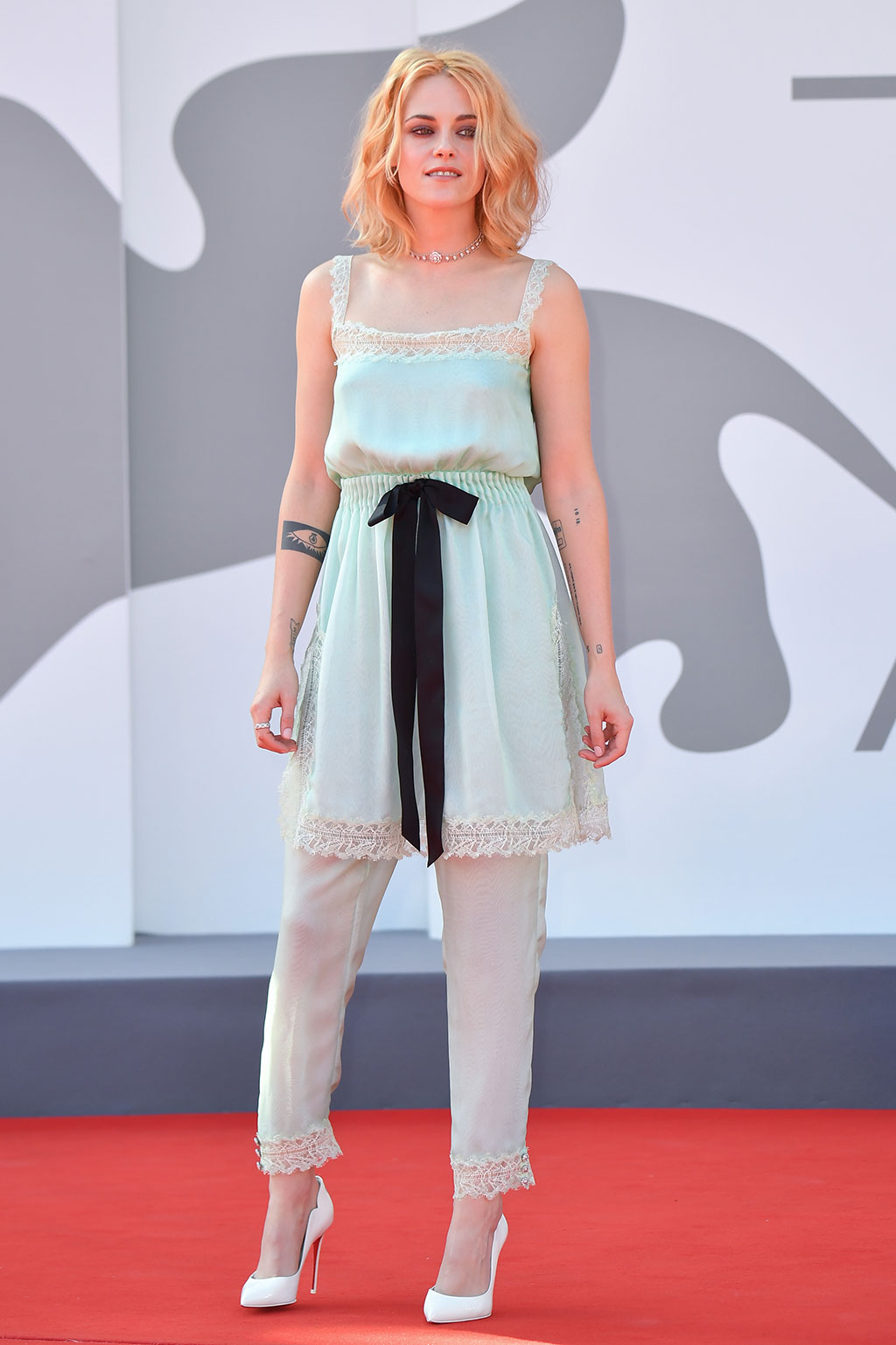 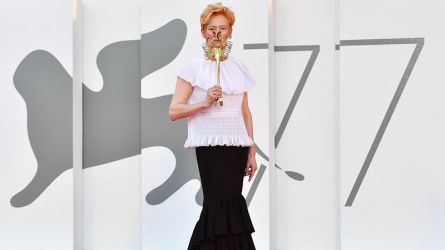 A “rare” fashion moment: When the stars wore masks on the red carpet of Venice 2020

Despite the absence of many big names compared to previous years, the red carpet of the Venice Film Festival 2020 still has no shortage of red carpet fashion moments…

At the hands of “fashion witch” Law Roach, Anya appeared at the movie press conference Last night in Soho Her look is feminine and attractive in the design of a pink slip dress with eye-catching floral prints and a matching kimono robe with a casual outerwear of Rodarte brand. The dress was teamed with slender high-heeled sandals by Giuseppe Zanotti and jewelry by Tiffany & Co. 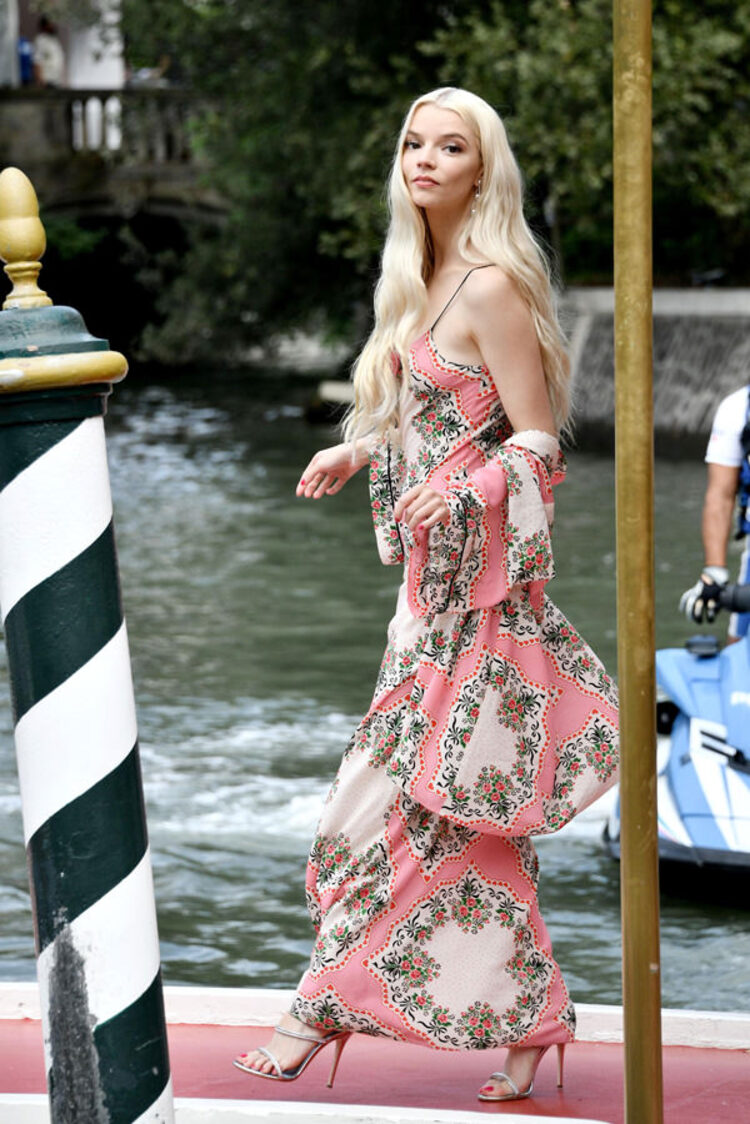 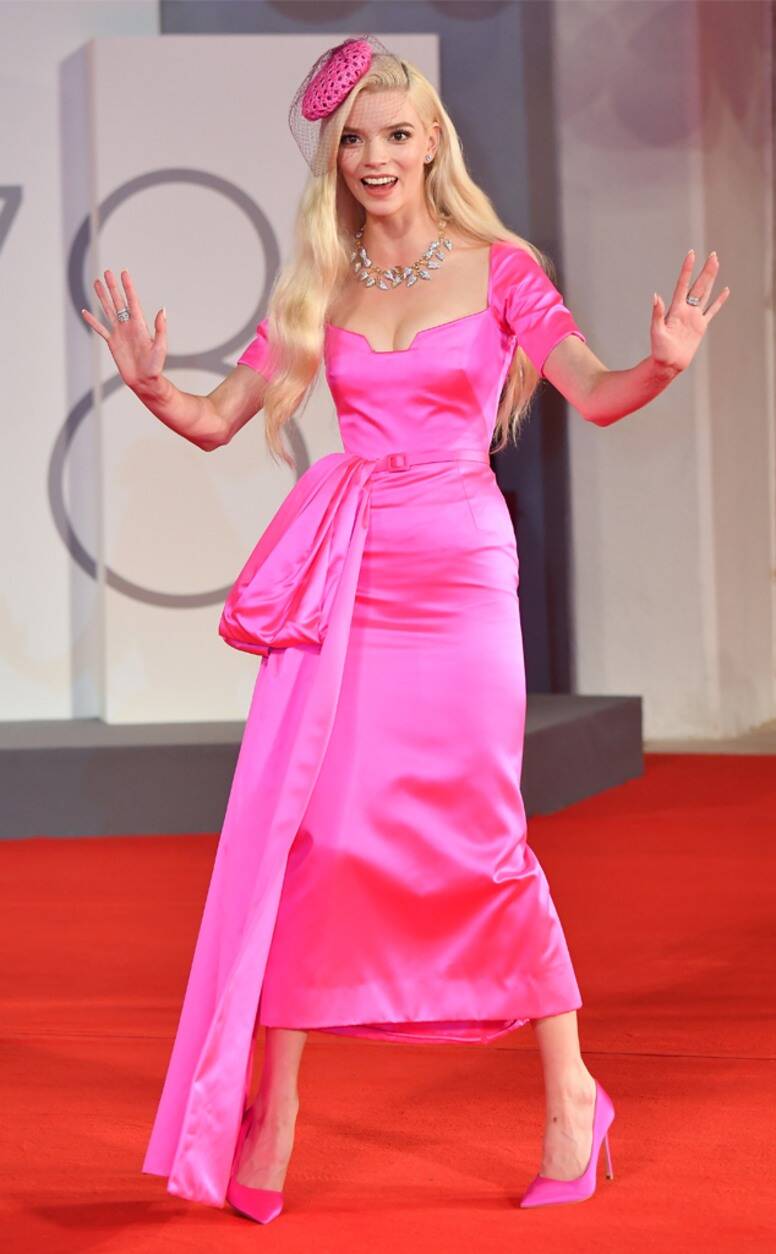 At the red carpet event of the Venice Film Festival 2021, actress Penelope Cruz seemed to transform into a fairy princess when appearing gracefully in a dress with pleated shoulder details sewn from glossy black satin fabric. matching white chiffon fluttering. It is known that this is a design in the Haute Couture collection Fall-Winter 21/22 of the French fashion house Chanel. 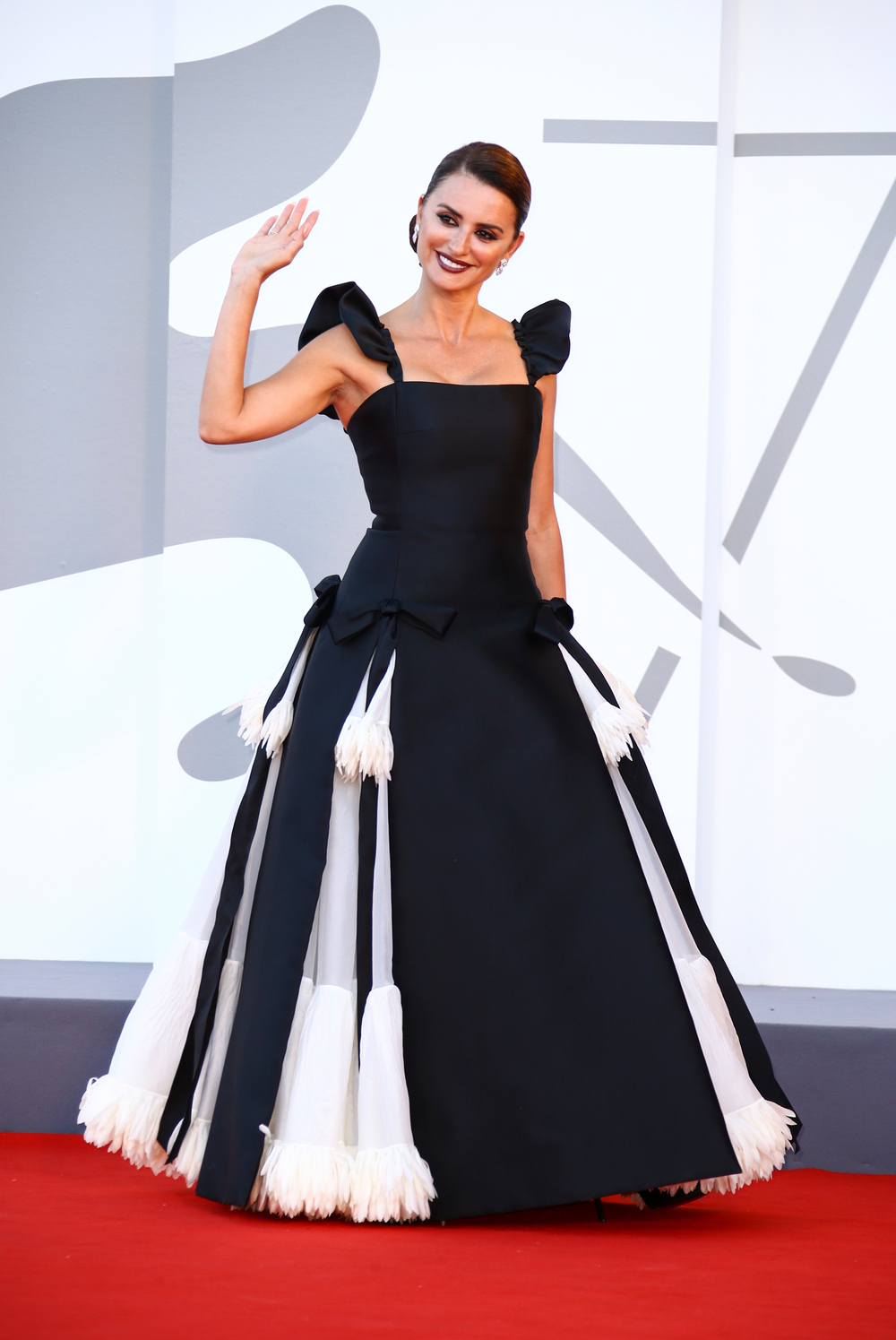 Actress Rebecca Ferguson participated in the film’s red carpet event Dune with a tulle dress from Dior’s Fall 2021 Fall 2021 Ready-to-wear collection. Ferguson’s pale pink dress is designed with subtle nuggets of blue print and embellished with a pink ombré flower from tulle at the chest. 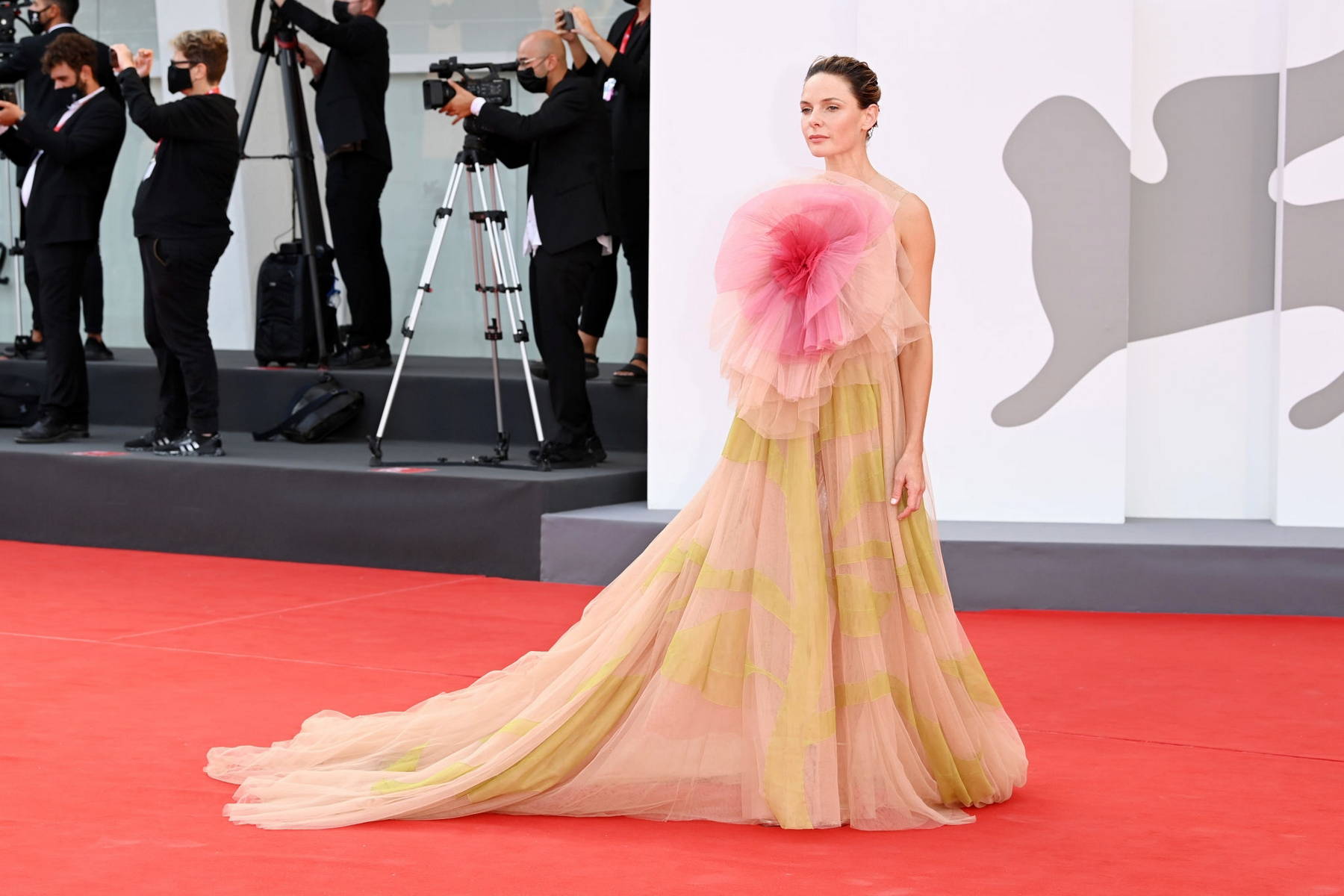 Dakota Johnson “burned” fans at the Venice Film Festival with a see-through dress from Gucci. With powerful strong fabric padding and sparkling silver and crystal metal bands, Dakota turns into a strong warrior with irresistible sexiness at the movie’s red carpet. The Lost Daughter. 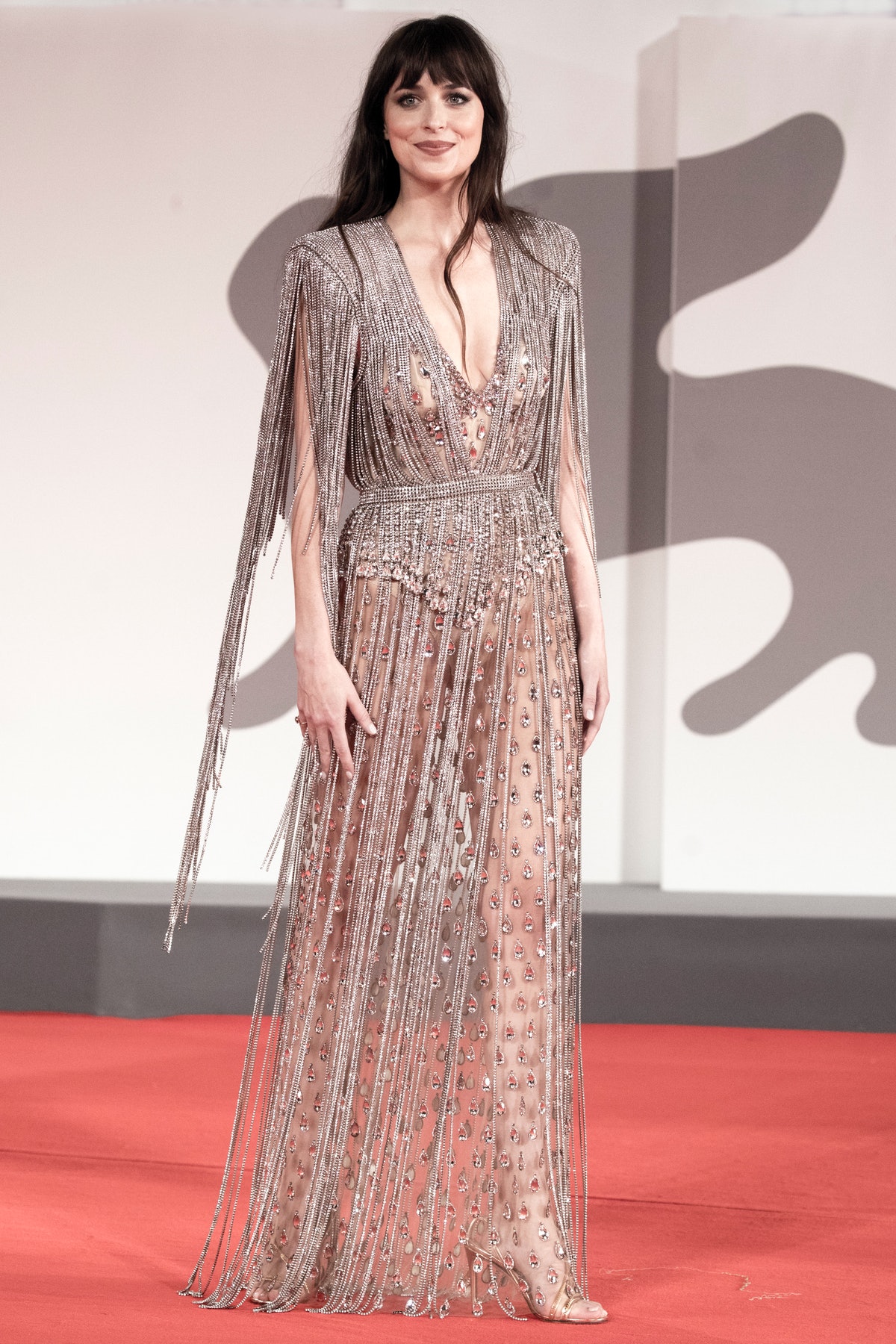 At the premiere The Power of the Dog, actress Kirsten Dunst appeared elegantly in a black dress with intricate 3D beading by Armani Privé. To avoid the fading of the mix, the beauty chose to combine the dress with gold and citrine earrings of Fred Leighton brand. 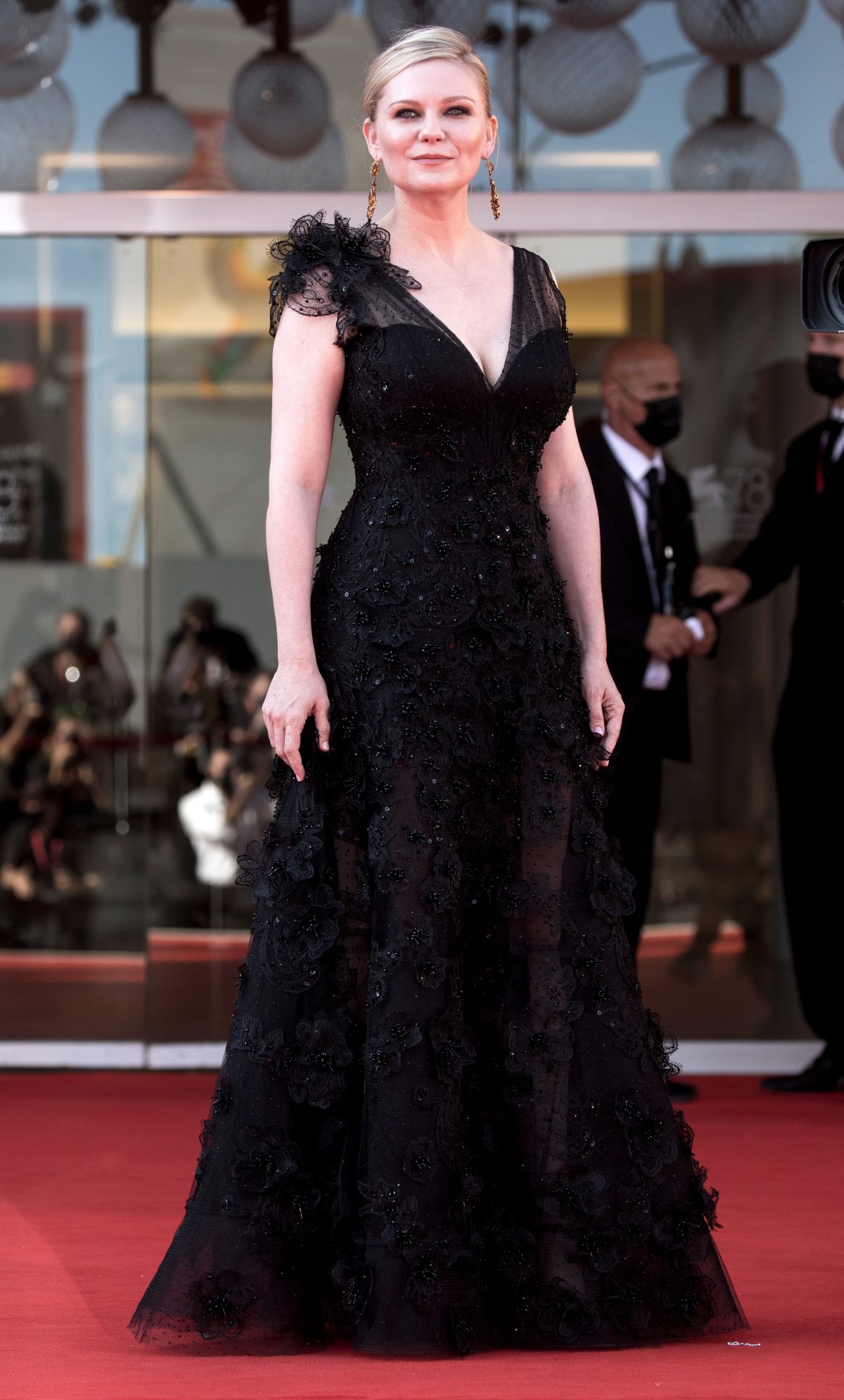 Among the young beauties wearing bold cut-out designs, Helen Mirren again attracted the attention of the press and fans with the creation of a fishtail dress from Dolce & Gabbana’s sparkling blue sequins when attending. screening Madres Paralelas. The whole “tree” of clothes including synchronized sequin skirts and hairpins, sparkling silver clutches and luxury jewelry of the female star are in the collection. Alta Gioielleria of the Italian fashion brand. 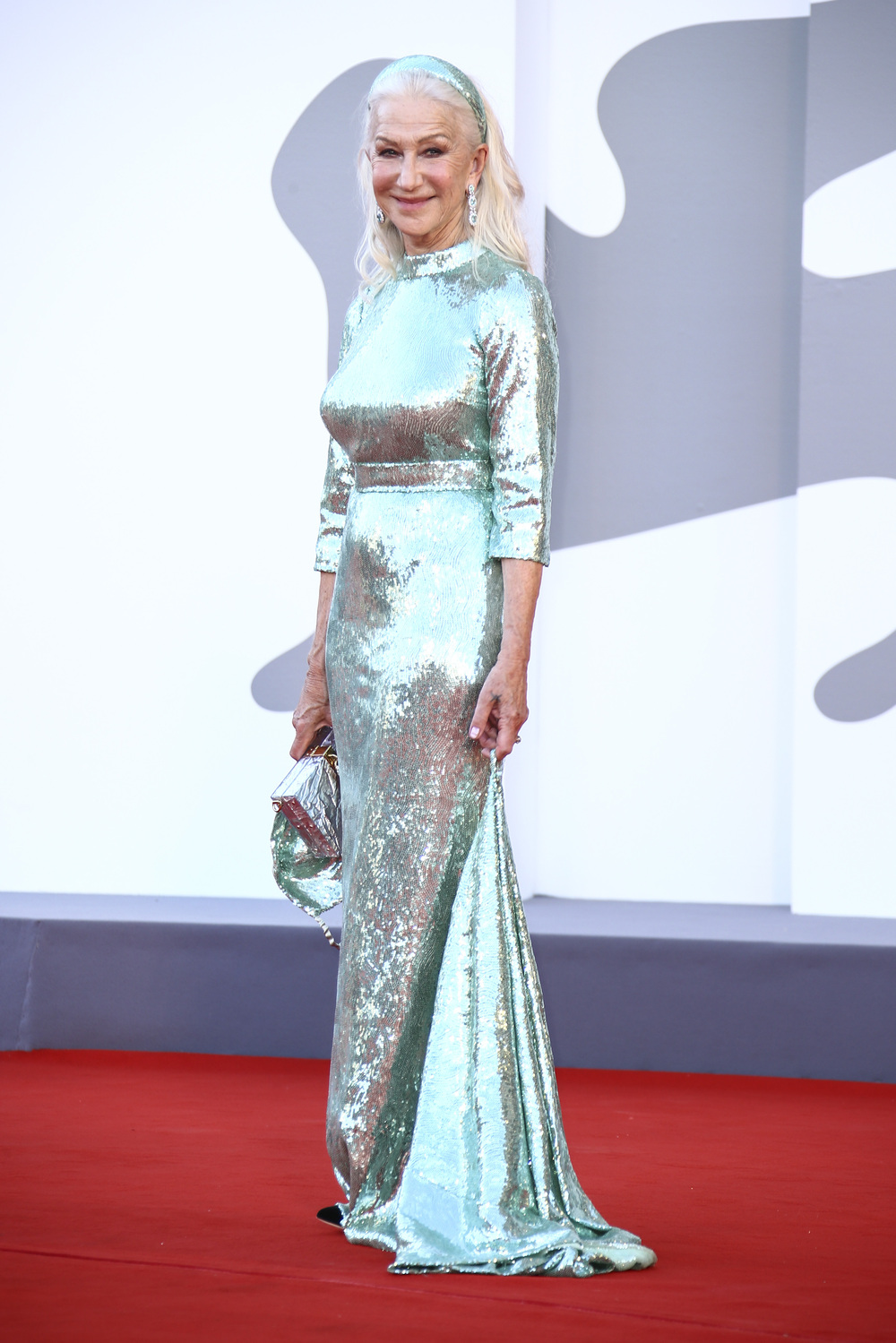 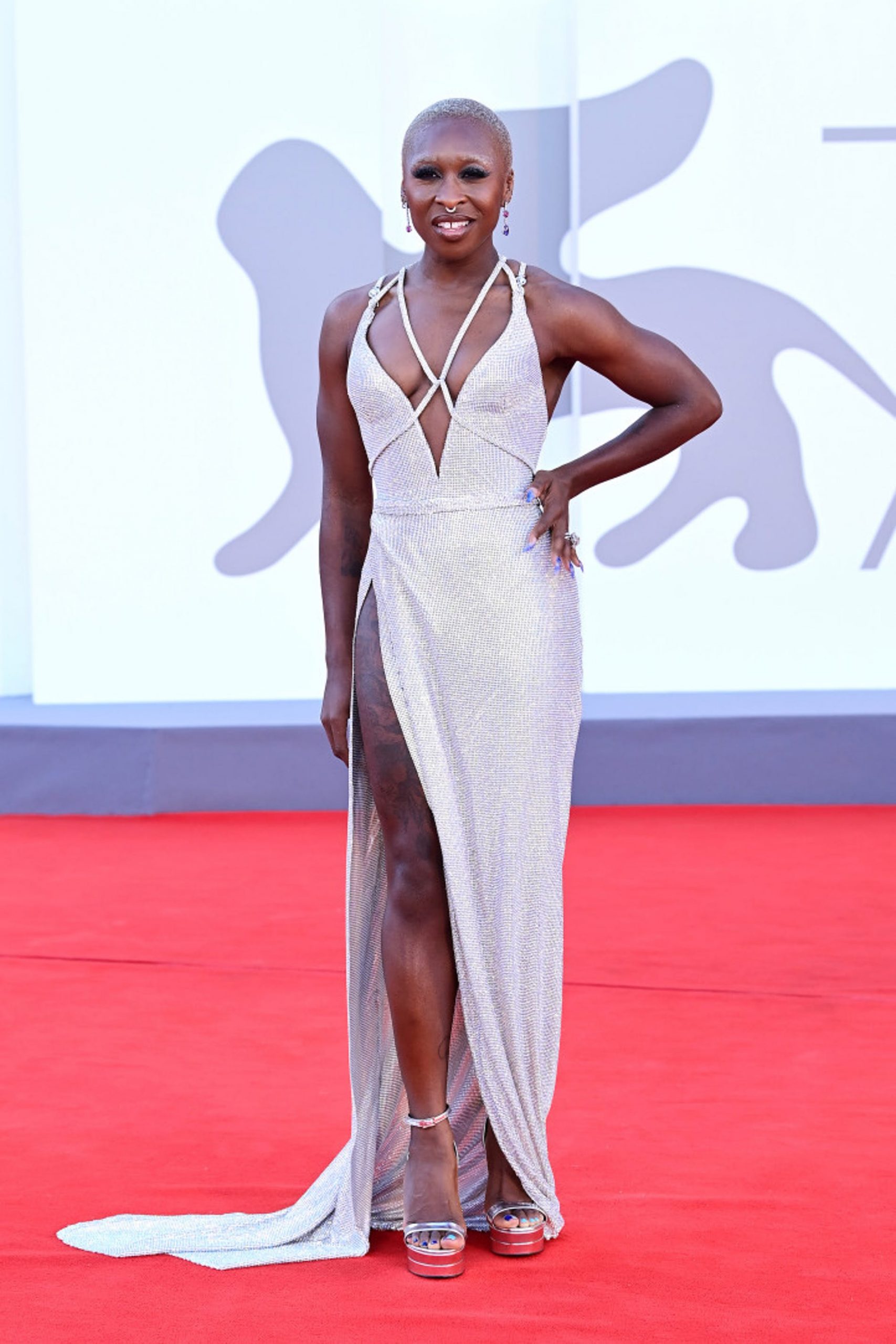 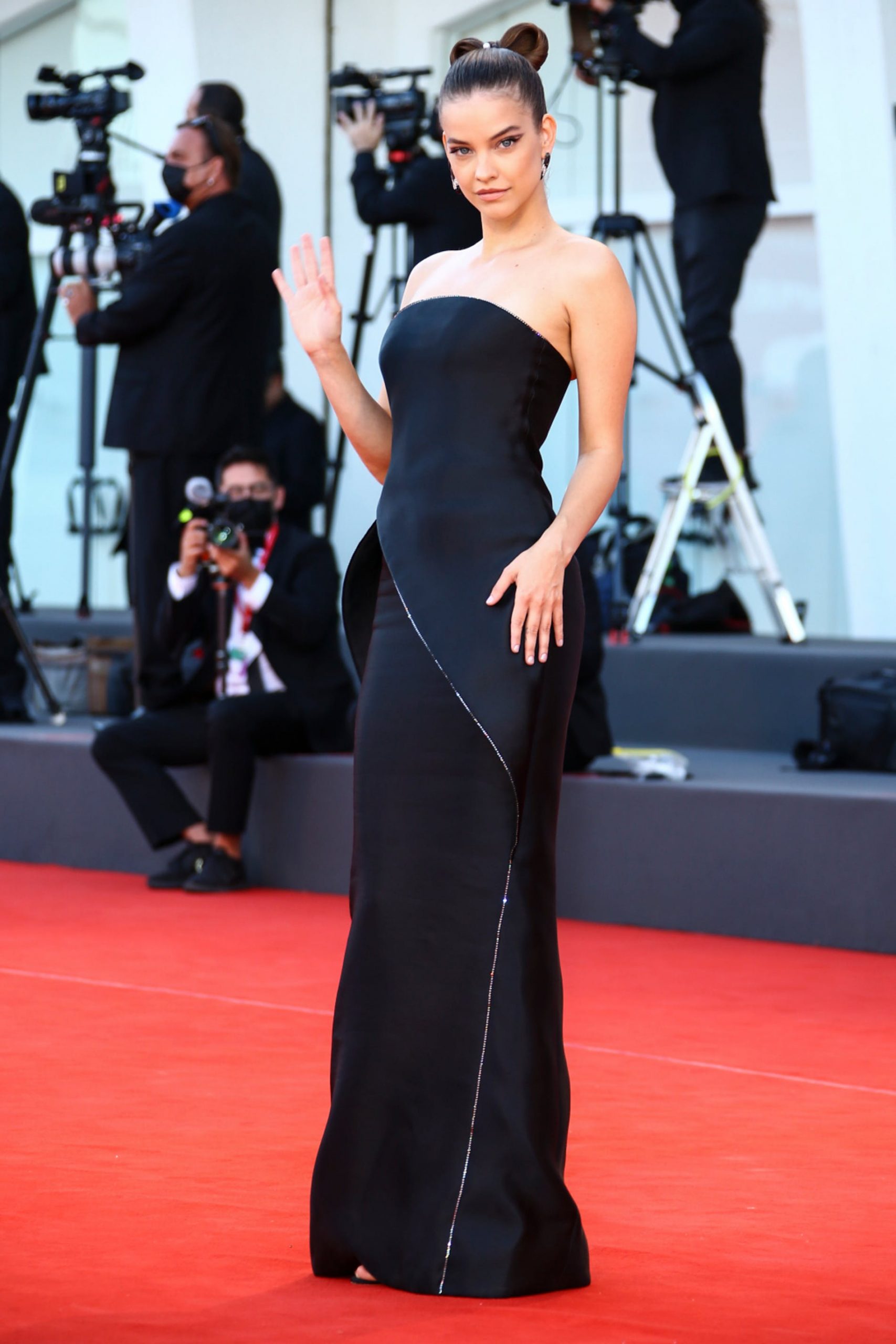 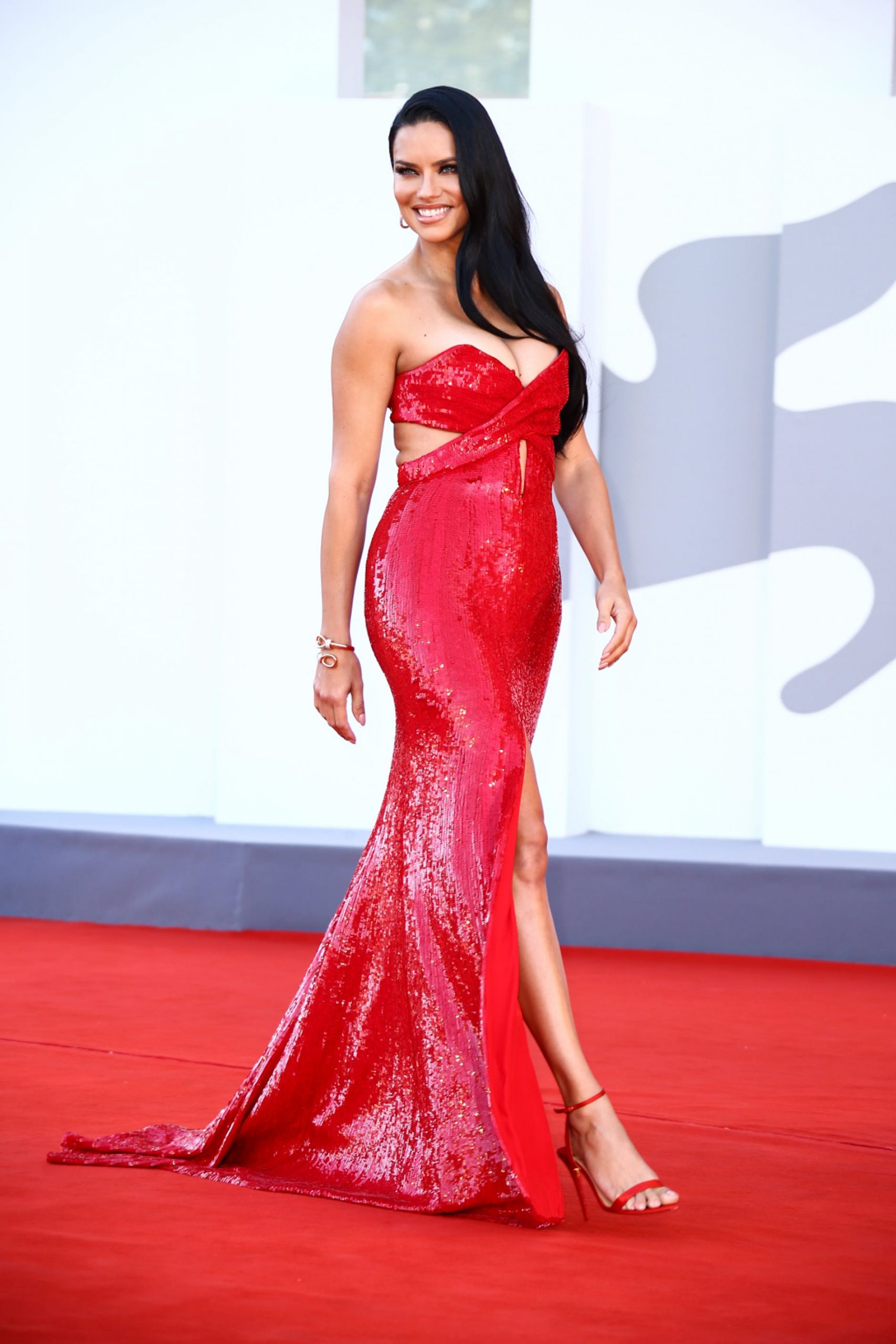 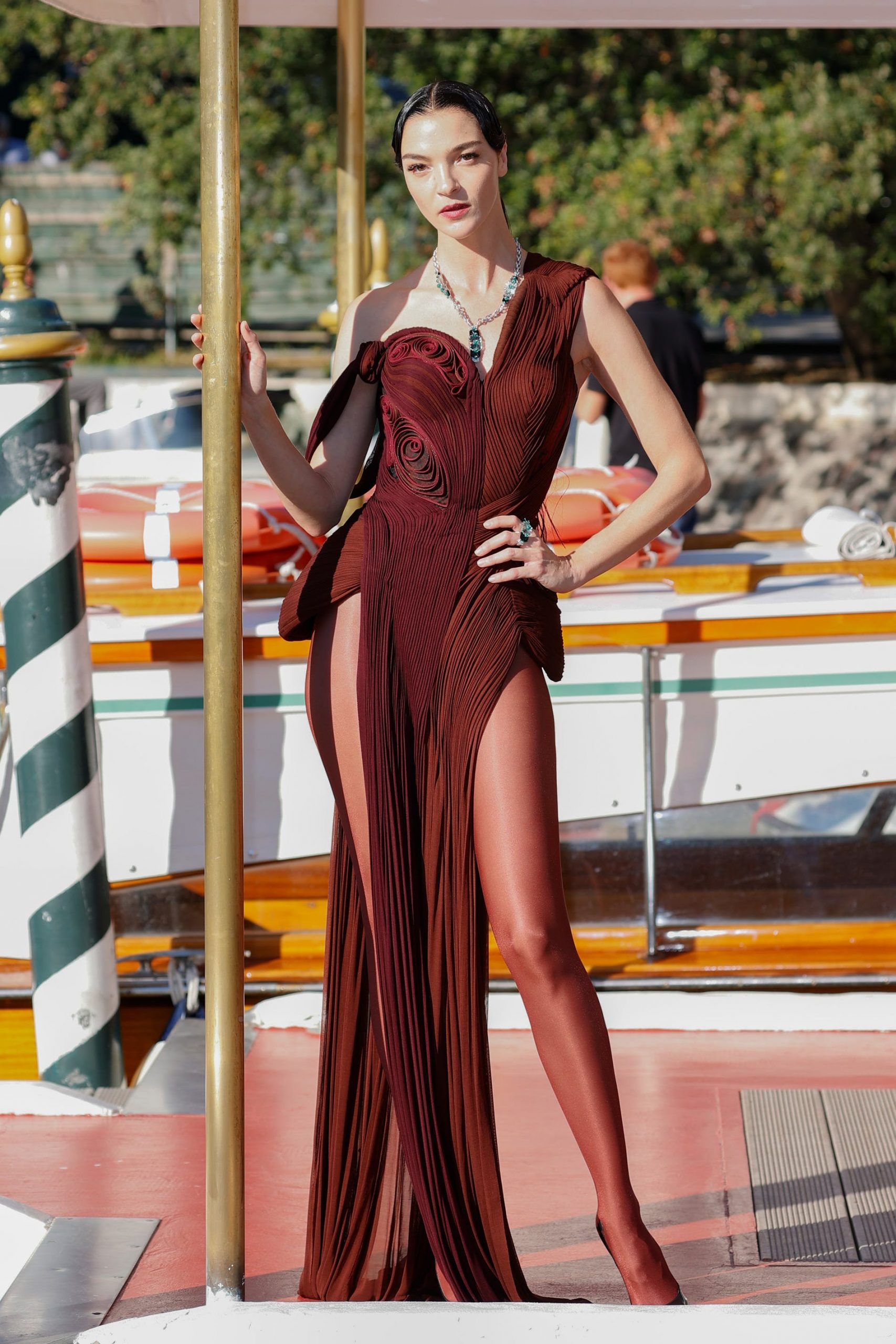