Who are the first two Vietnamese models to mark international fashion? 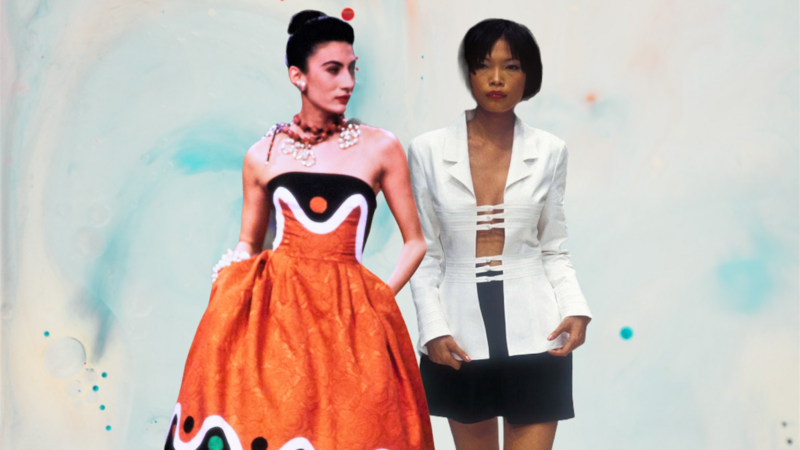 Watching: Who are the first two Vietnamese models to mark international fashion? By sorrowline.com

In the 90s, when Saigon girls were still engrossed in Western beauty and considered it to be the definition of fashion, the international fashion world was completely conquered by two Vietnamese-born models. Asian beauty is different and attractive.

More than 30 years ago, when the modeling profession was still subject to doubts and prejudices of traditional Eastern society, there were two Vietnamese-born models who made a strong impression on the world fashion community. Not only appearing on the major newspapers of the fashion village, the two also strode many times with the “monuments” of the model world at that time such as Naomi Campbell, Kate Moss, Helena Christensen, … on the famous catwalks. price. They are supermodels Anh Duong and Navia Nguyen – two girls who have brought the beauty of Asia to the vast West and added hope to work for the next generation of Vietnamese models. 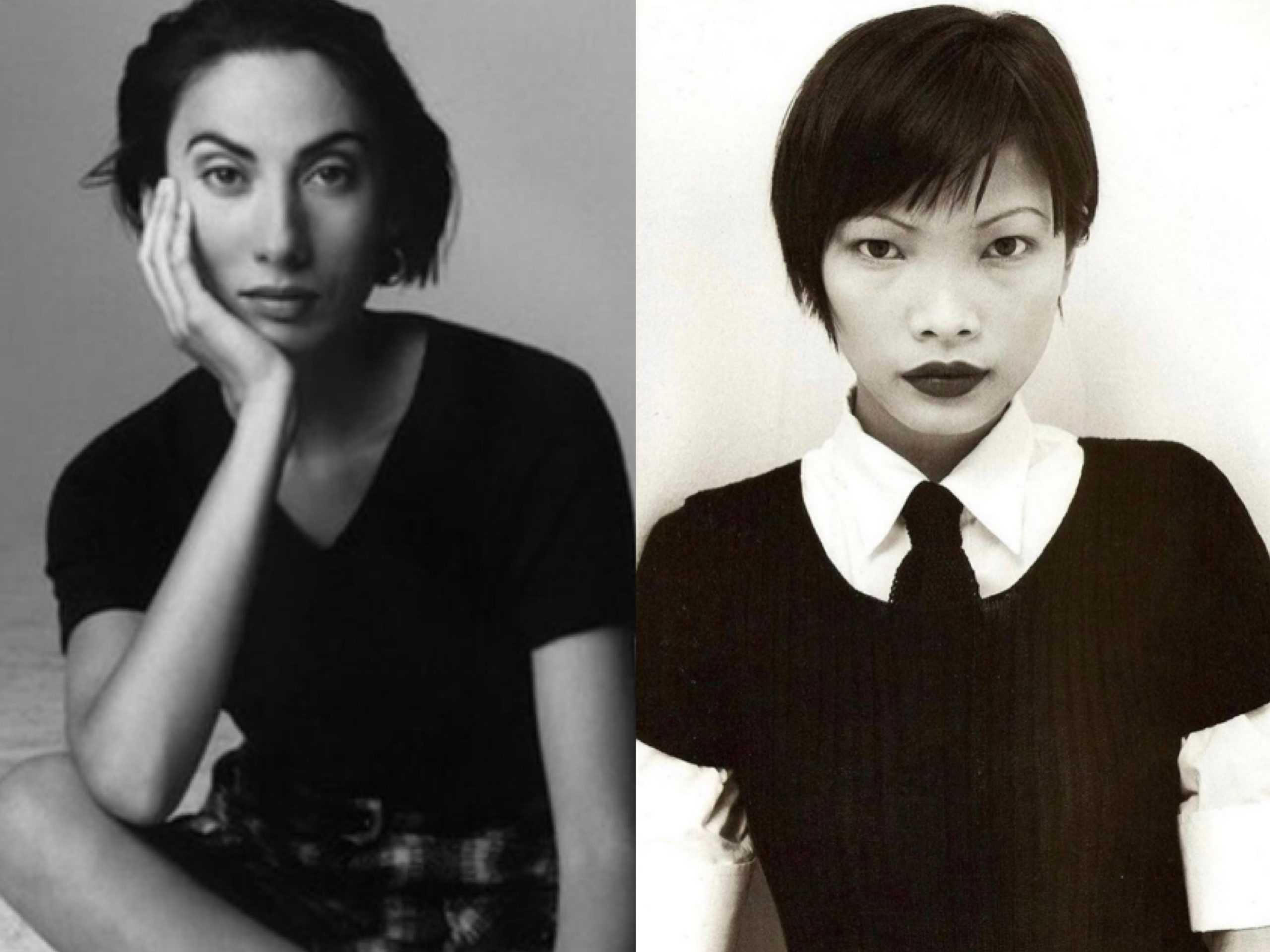 Sunshine and an unexpected “turn” into the fashion world

Anh Duong was born in 1960 in France and has mixed blood between Vietnam and Spain. She has a unique beauty that blends the classics of the East and the liberal features of Western Europe. Anh Duong grew up with an endless passion for art, especially painting and classical ballet. It can be said that her angular face with strange Asian features and the artist’s “blood” have created her high-fashion aura. However, Anh Duong never thought she would follow the modeling career until she “caught the eye” of photographer David Seidner and became a “muse” in the promotional photos for Yves’ Haute Couture collection. Saint Laurent in Vogue in 1986. 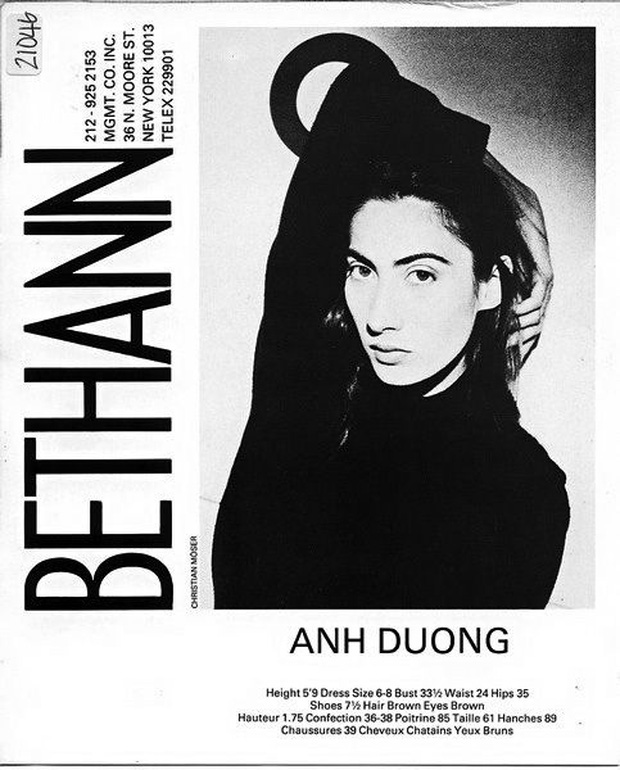 Anh Duong’s fashion portfolio at the beginning of her career (Photo: Bethani) 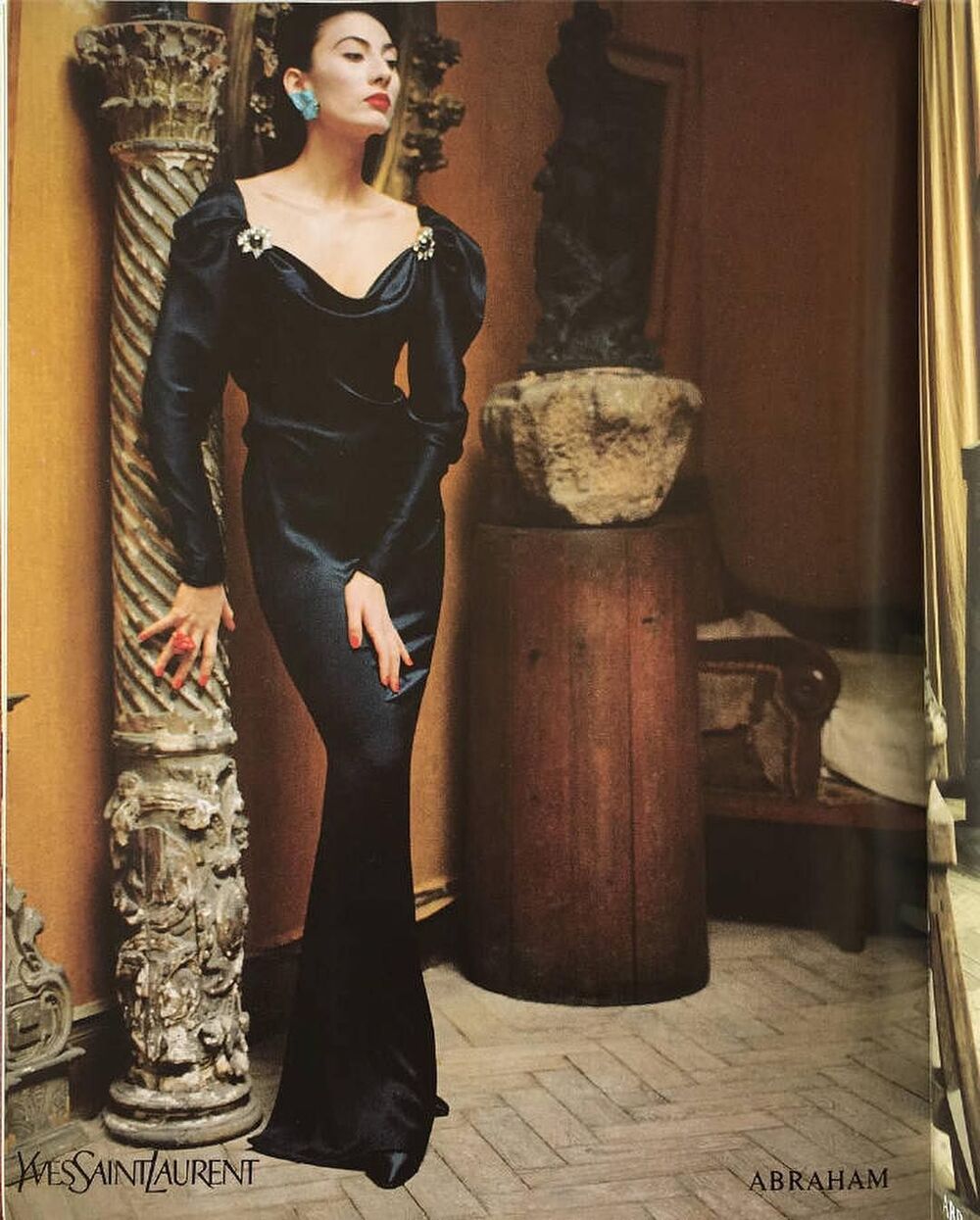 Although she does not possess a height that makes her stand out, but Anh Duong’s distinctive hybrid beauty of high fashion and charming charisma “one in ten thousand people” has helped her to constantly appear on the cover and photo sets. lookbook of a series of famous fashion magazines such as ELLE, Vogue, Harper’s Bazaar, etc. Not only as a photo model, the fashionistas also encountered Anh Duong with magical and professional strides on the runways of fashion houses. World class such as Christian Lacroix, Dolce & Gabbana, Dior, etc. The name Sunshine is praised by the model world as a “monument” on par with famous supermodels such as Naomi Campbell, Christy Turnlington, Linda Evangelista, … At that time, she also only worked with top photographers such as Steven Meisel, Michel Comte, and Peter Lindbergh. 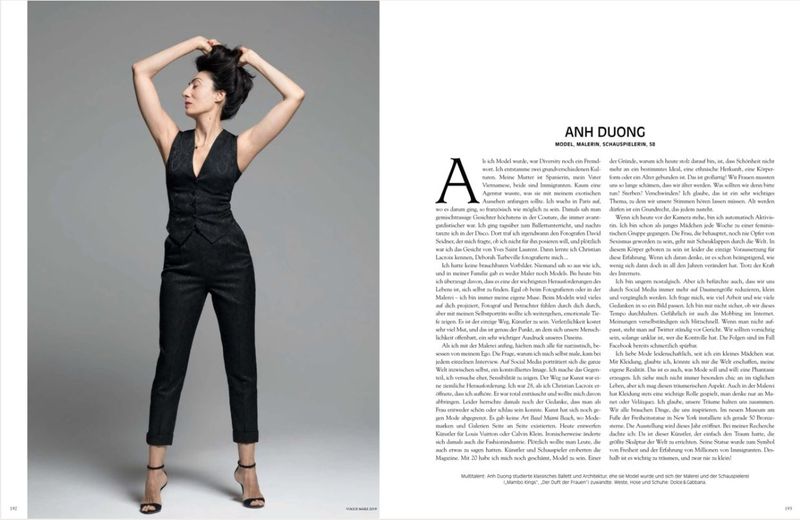 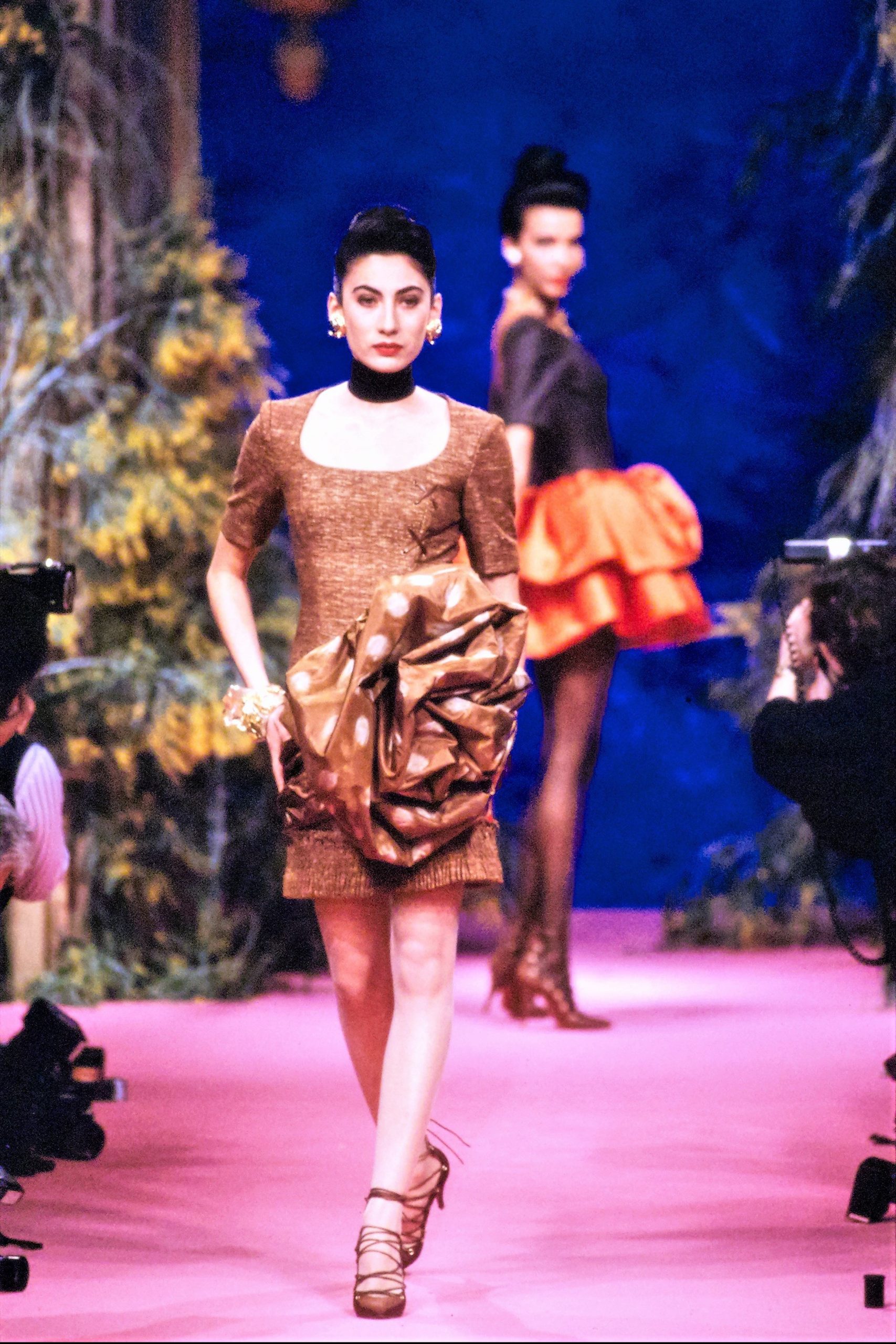 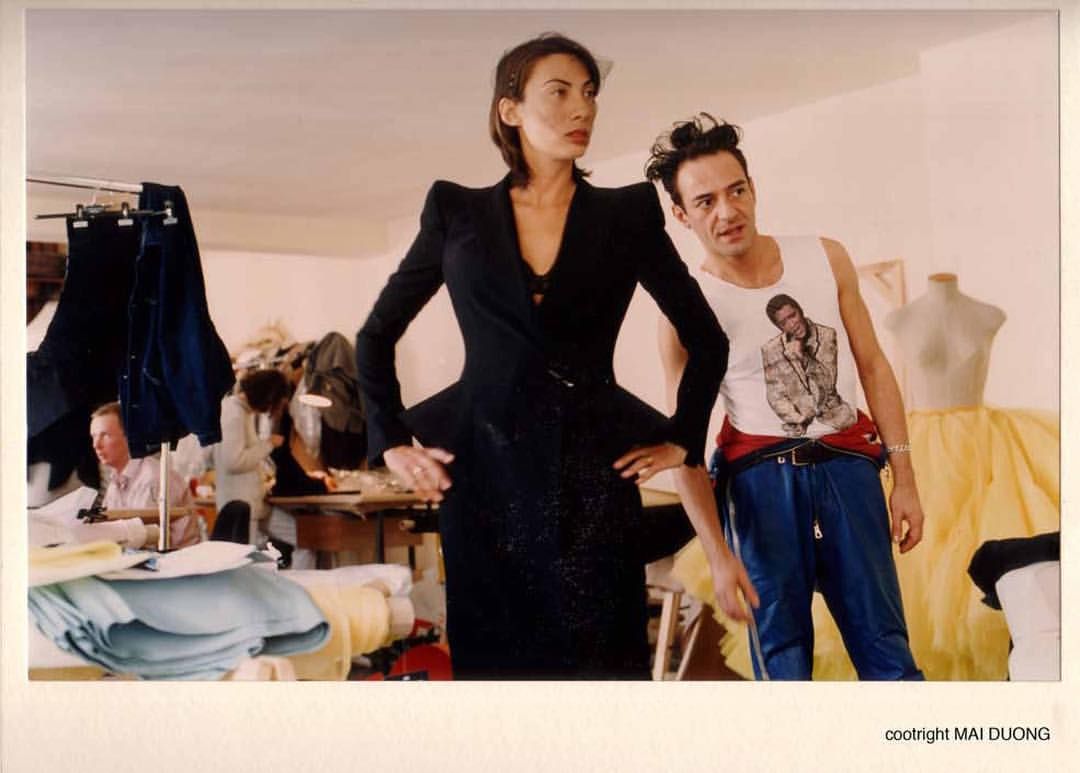 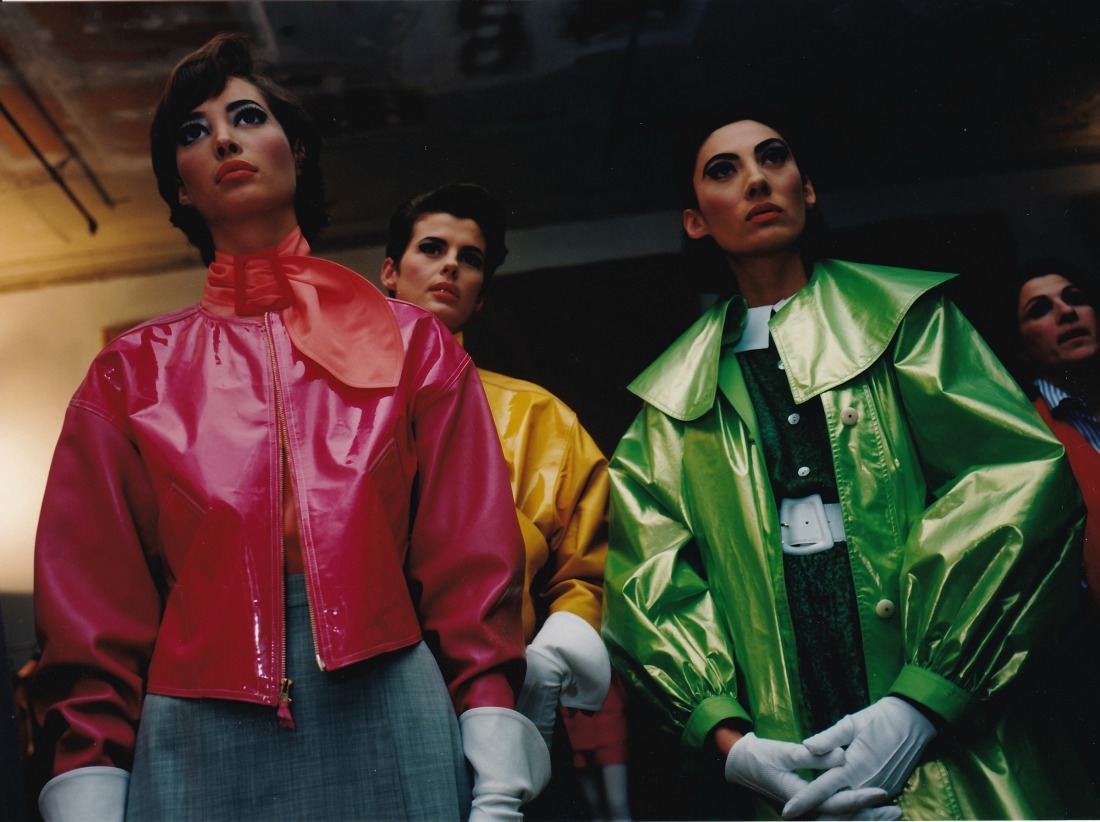 In 1988, at the peak of her career with her image and reputation covering the world’s leading fashion capitals, she decided to give up the game and return to the path of professional painting. “As a model, I am limited to the role of conveying the message, the idea of ​​another person. That is not enough creativity. I have to become a real artist creating my own world.” Anh Duong shared with InStyle magazine about her decision to return to her passion for painting. As an artist, Anh Duong is known for her sophisticated aesthetic thinking and unique self-portraits. 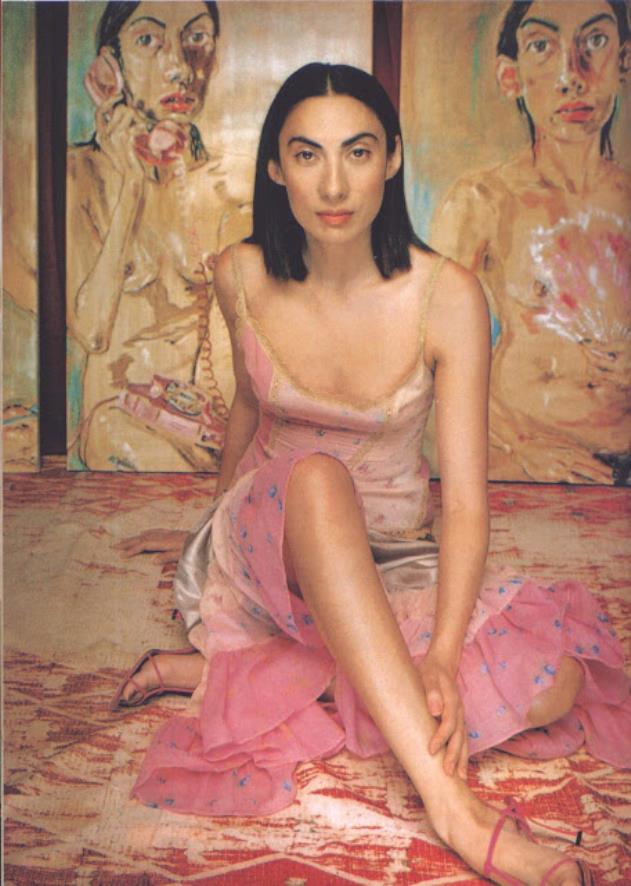 She and her self-portraits. (Photo: Anh Duong Art)

Although she is no longer active as a professional model, Anh Duong still maintains close relationships with famous figures in the fashion industry and is a popular model for fashion brands. Sometimes, people still see her in the campaign photos of J.Crew, Donna Karan, Bottega Veneta (2013) or Kate Spade (2015 and 2016). Most recently, Anh Duong appeared with actor David Harbor in a new fashion photo shoot of his close friend Thom Browne. 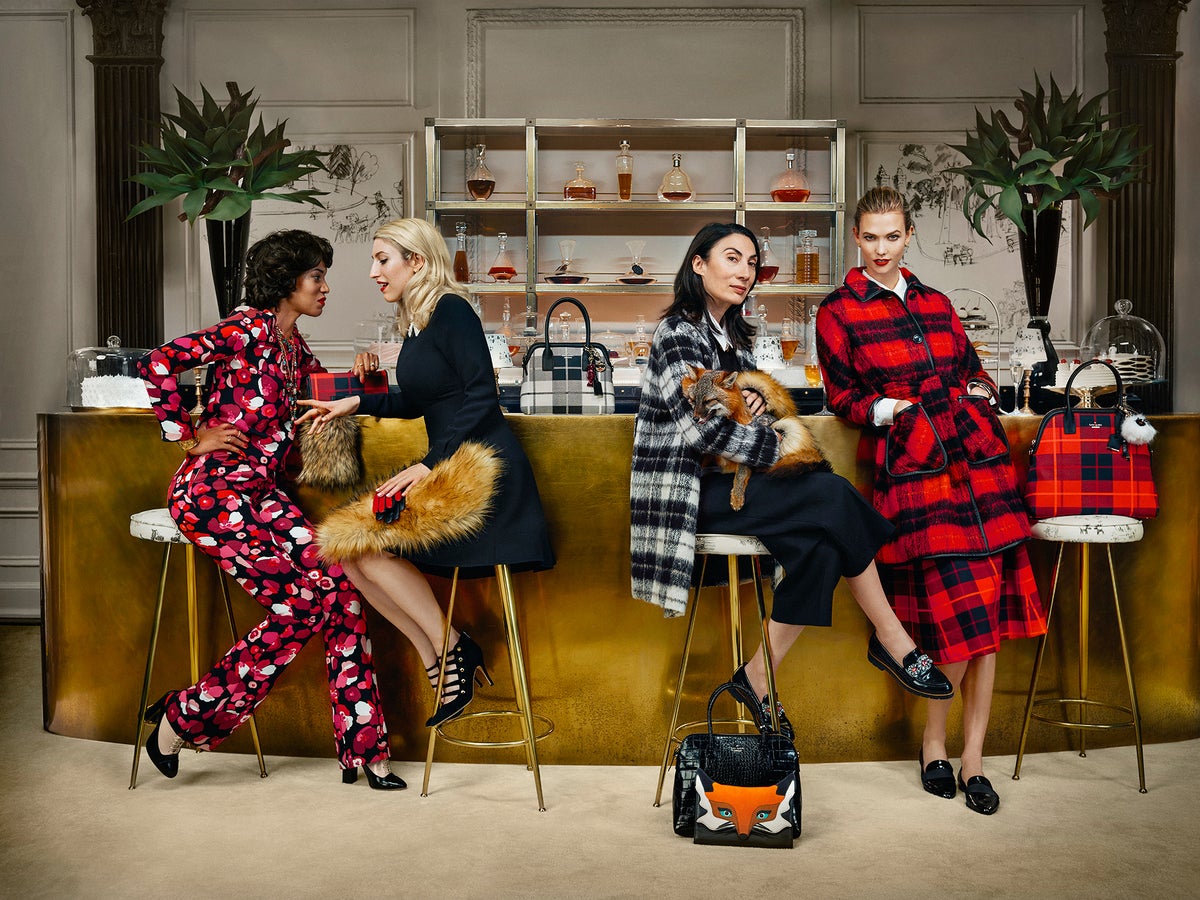 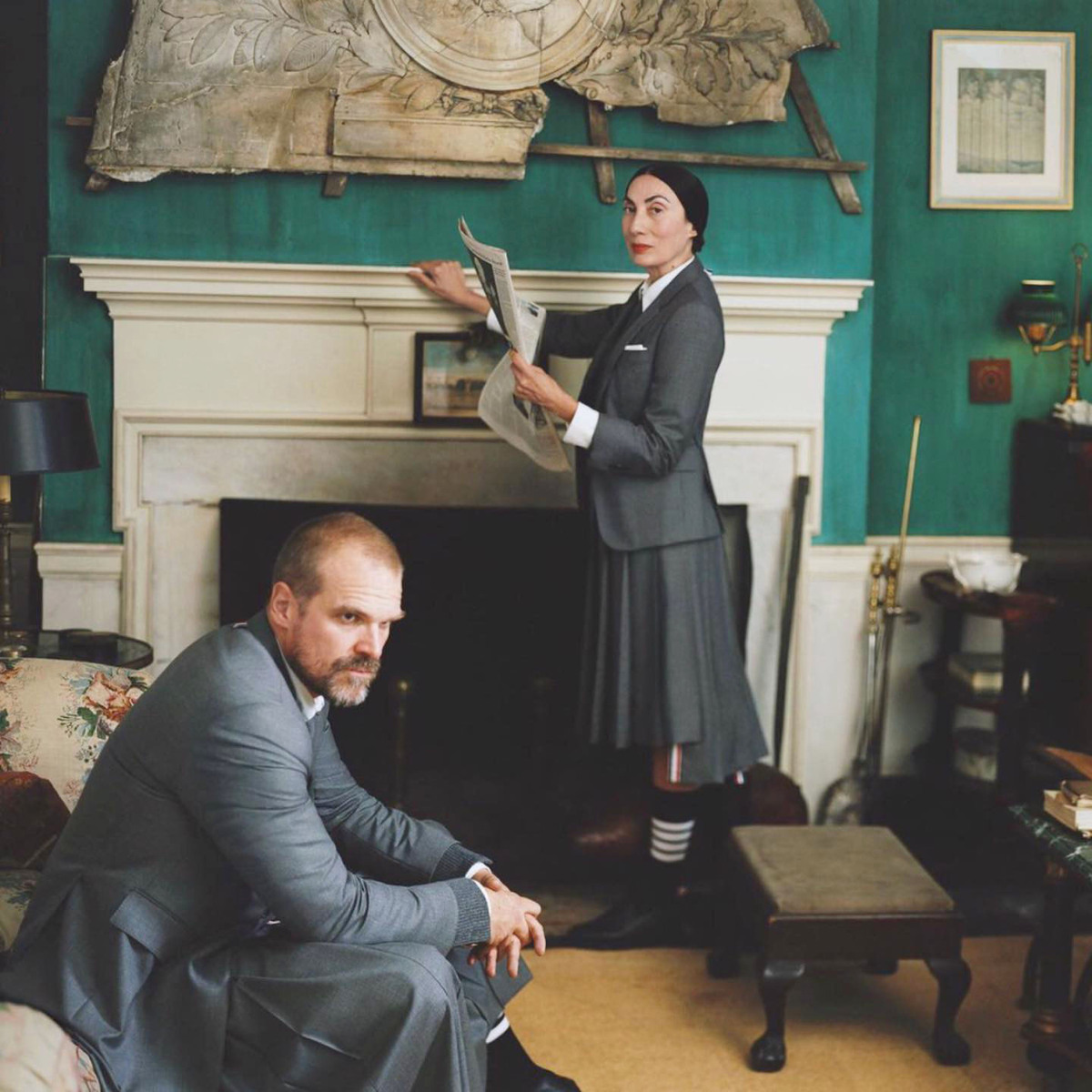 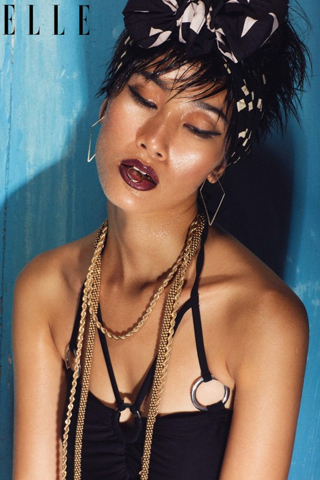 Recently, the continuous information about Vietnamese models confidently striding on the international catwalks of Autumn-Winter 2016 made domestic fans proud of themselves.

“My appearance is so far from Western beauty standards that, ironically, this is the environment I grew up in. How to integrate with these strange beauties was a concern during the first days of my career.” Navia Nguyen once shared on her personal page. 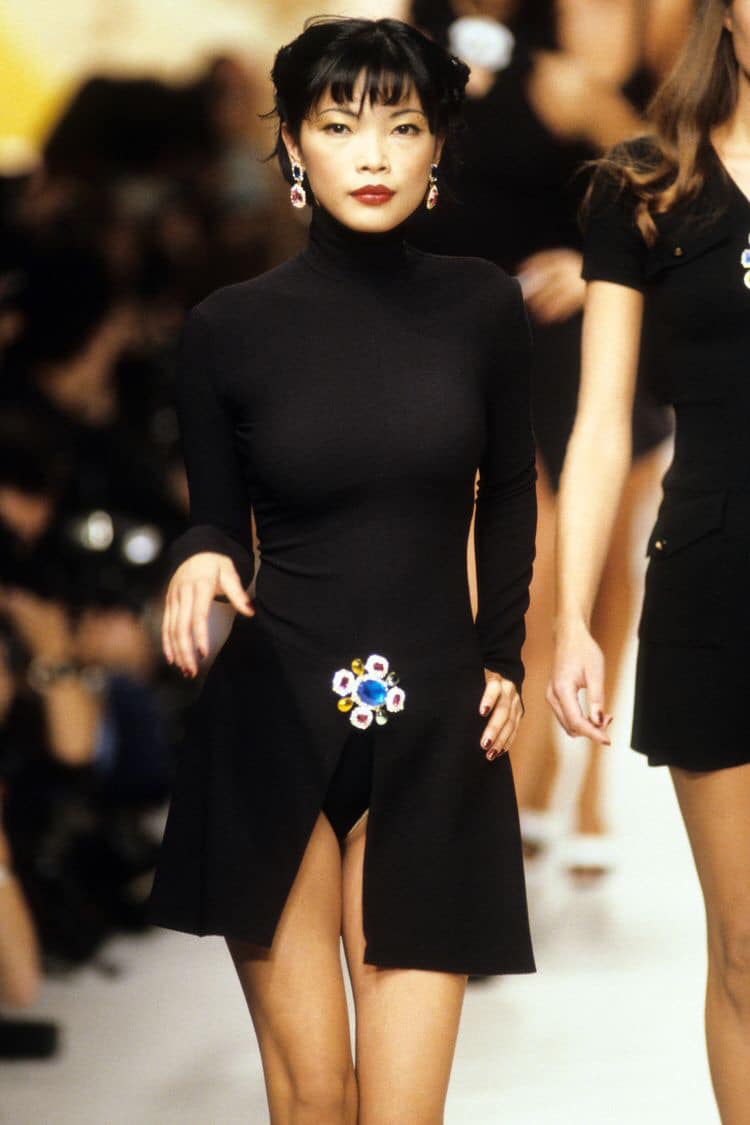 Born in 1973 in Saigon, Navia Nguyen soon moved with her family to the city of New York dreams. After finishing high school, she moved to London (England) and continued to study at St. Martin – the birthplace of many famous fashion talents such as Alexander McQueen, Marc Jacob, etc. Growing up and studying in a Western environment is characterized by white skin, blue eyes and blonde hair. made Navia feel lost and self-conscious about her appearance. 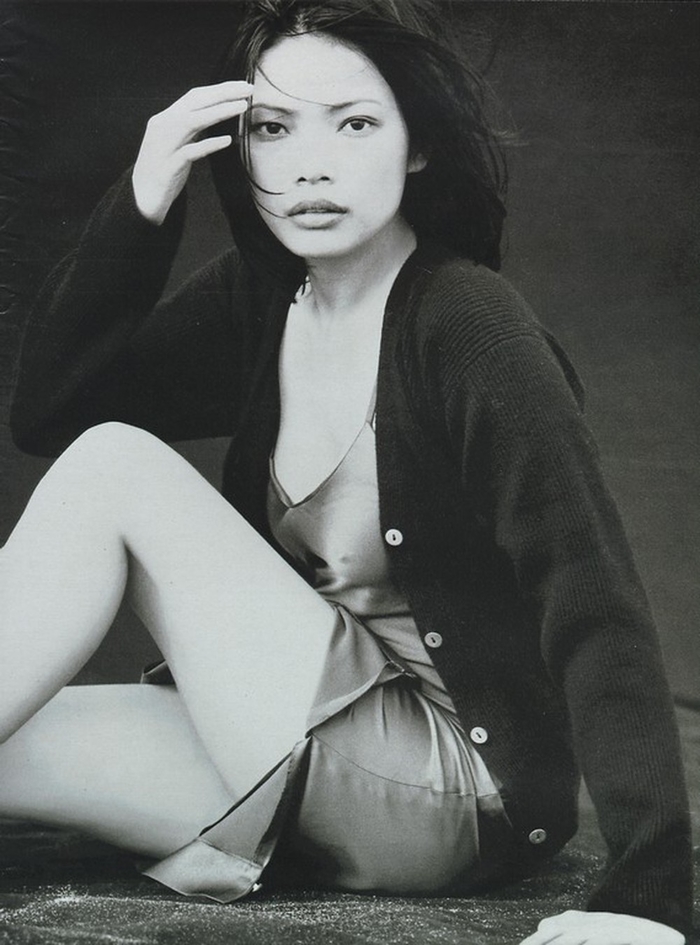 During a shopping session at Candem Town, Navia’s personality and high-fashion “breath” was noticed by a photographer, this was also the chance to help her step into the fashion village. . The distinct Asian beauty that made Navia Nguyen once not confident in herself has become an advantage to help her stand out and be different from countless female models on Western catwalks at that time. Also from there, She is aware of the special behind her Asian beauty and confidently surpasses European beauty standards. 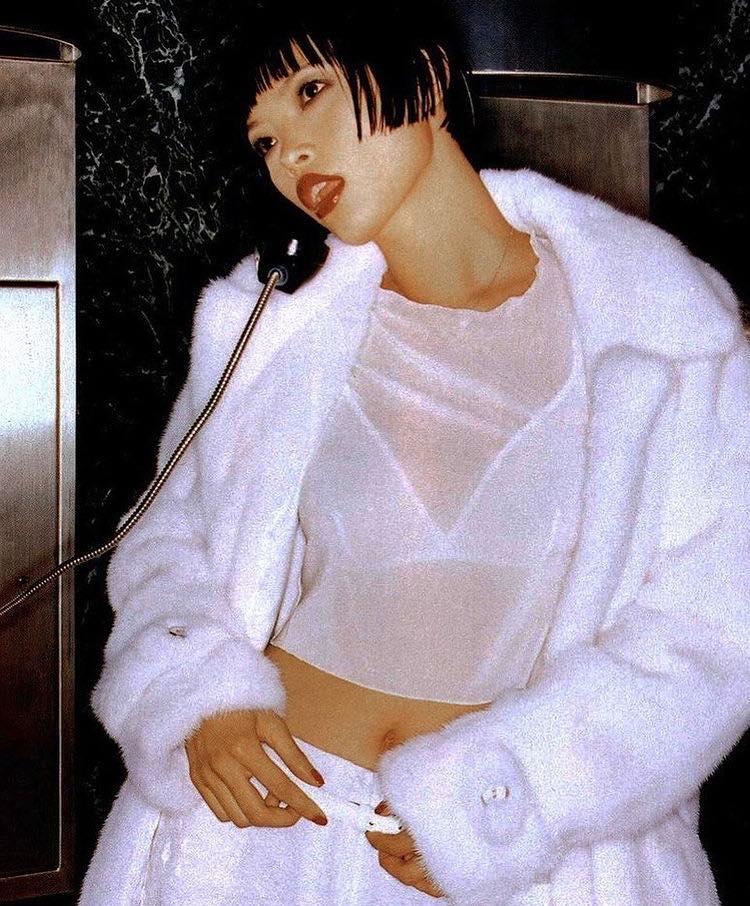 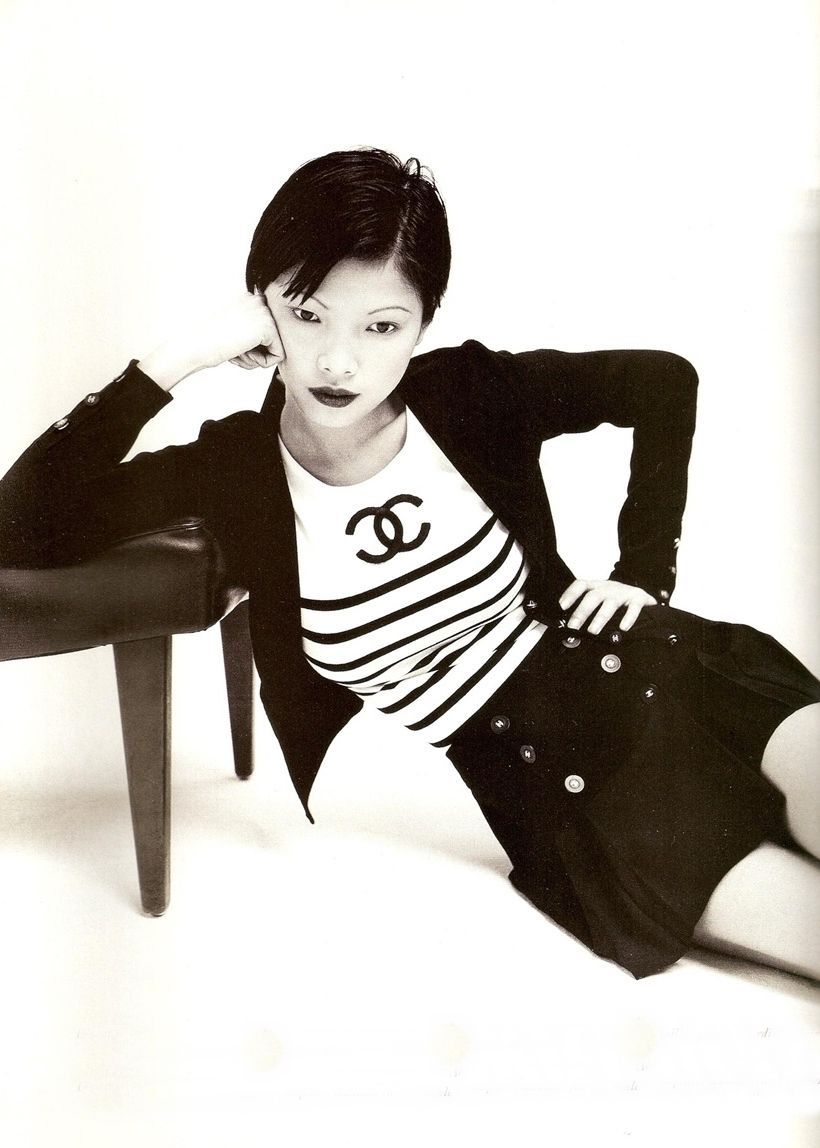 Just like that, the image of a black-haired girl with monolid eyes constantly appeared on fashion posters of major sports brands in the US such as GAP, Diesel or Tommy Hilfiger. In 1996, she was the first Asian model to appear in Pirelli’s calendar – specializing in photographing superstars in the fields of fashion and cinema. Navia’s career path blossomed from here. She appeared on the cover of the magazine Sports Illustrated (issue in 1997) and quickly “dominated” the covers of other magazines such as ELLE, Cosmopolitan, etc. At that time, Navia Nguyen’s daily remuneration could be up to 10,000 USD/day, an unimaginable number at the time. at that time. 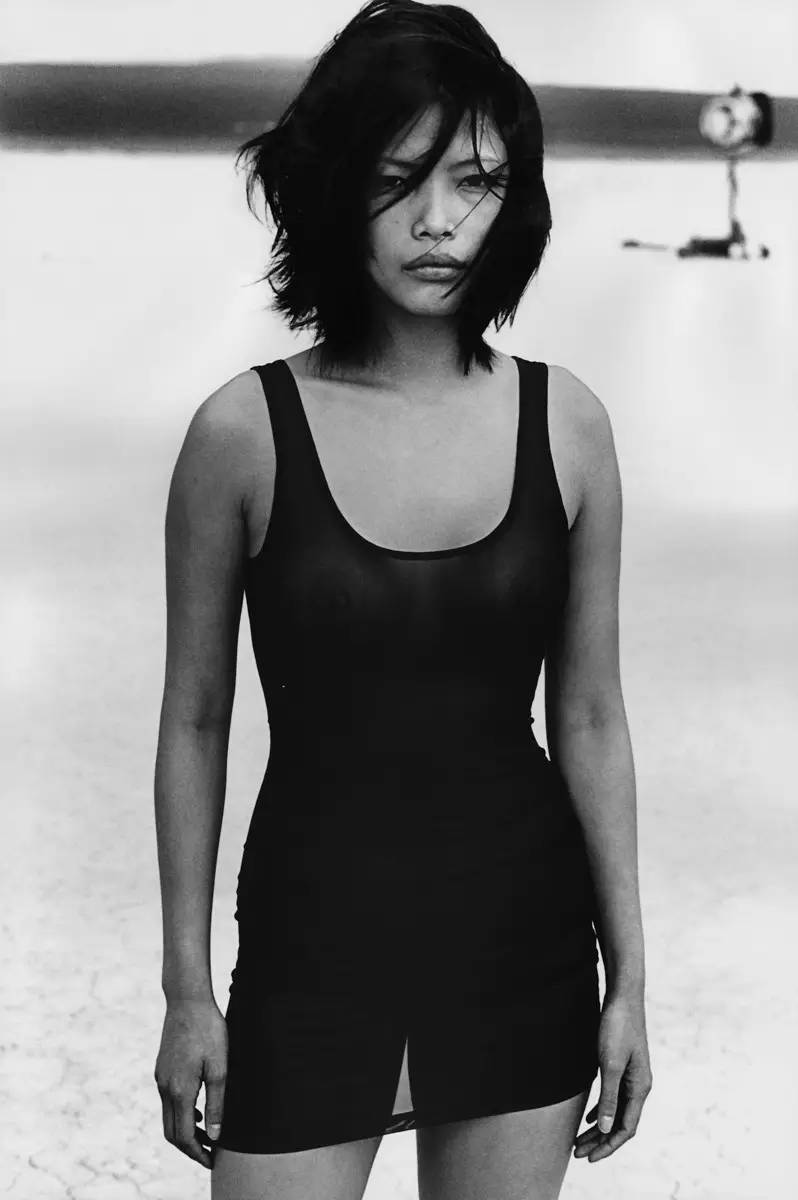 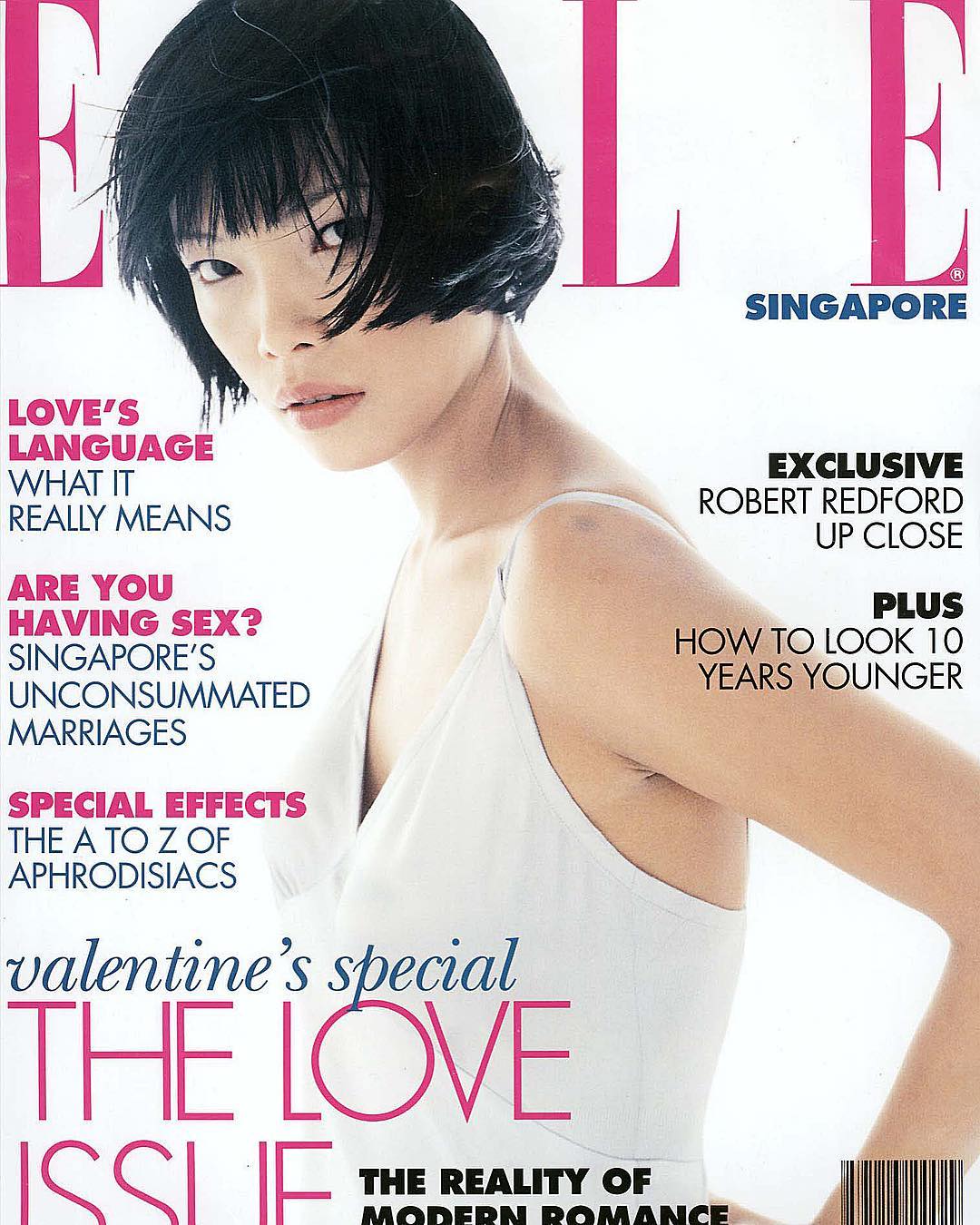 Thanks to her distinctive beauty and outstanding height of 1m73, Navia Nguyen gradually became a model favored by fashion “big men”. She is the first Vietnamese-born model to perform on the runways of two high-end fashion houses Chanel and Dior. In 1996, Navia Nguyen became The first Vietnamese-American to be ranked as a supermodel in the world and once on the list of 50 most beautiful people in the world voted by People magazine. 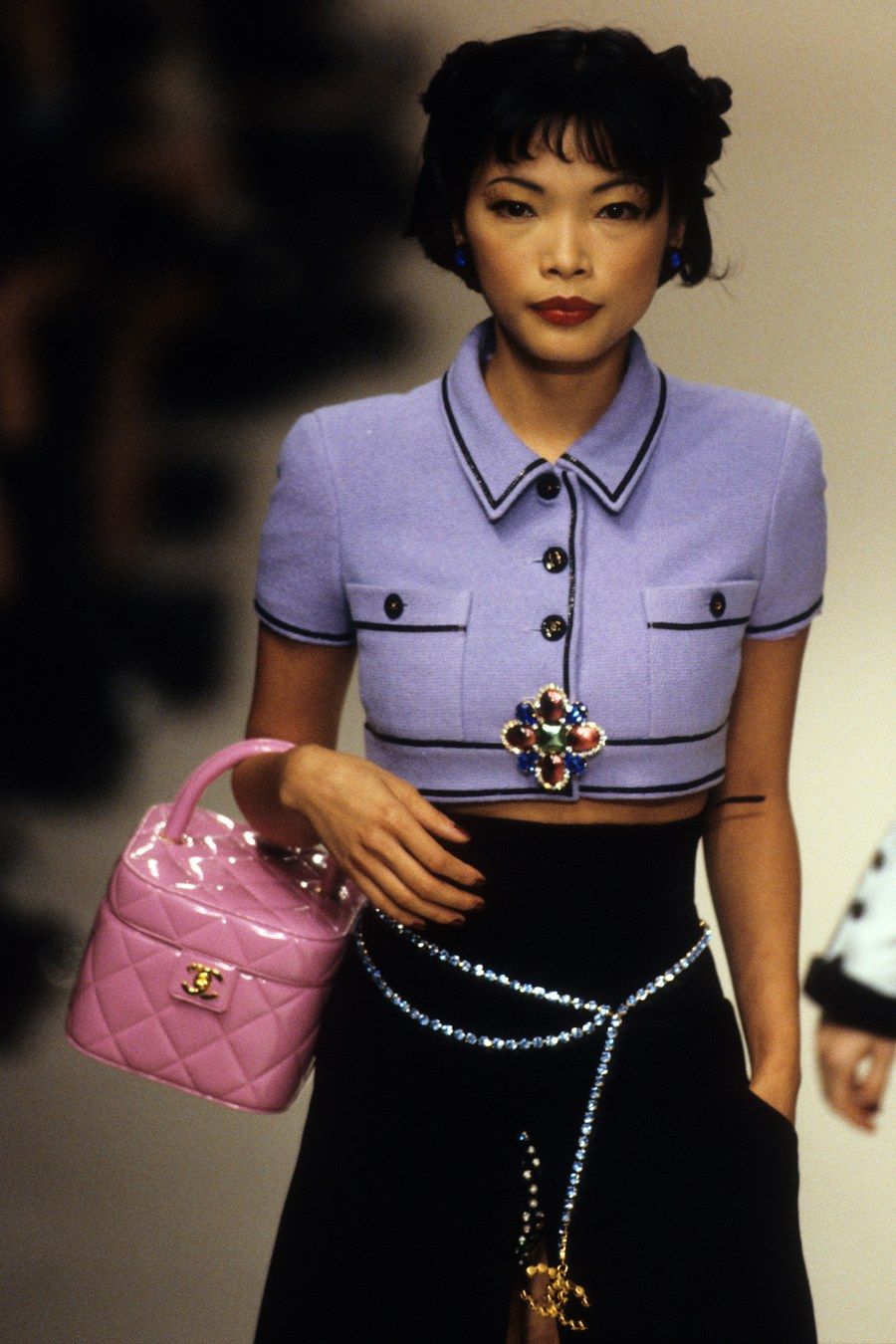 She is also the first Vietnamese-born model to walk the Chanel catwalk. (Photo: Chanel) 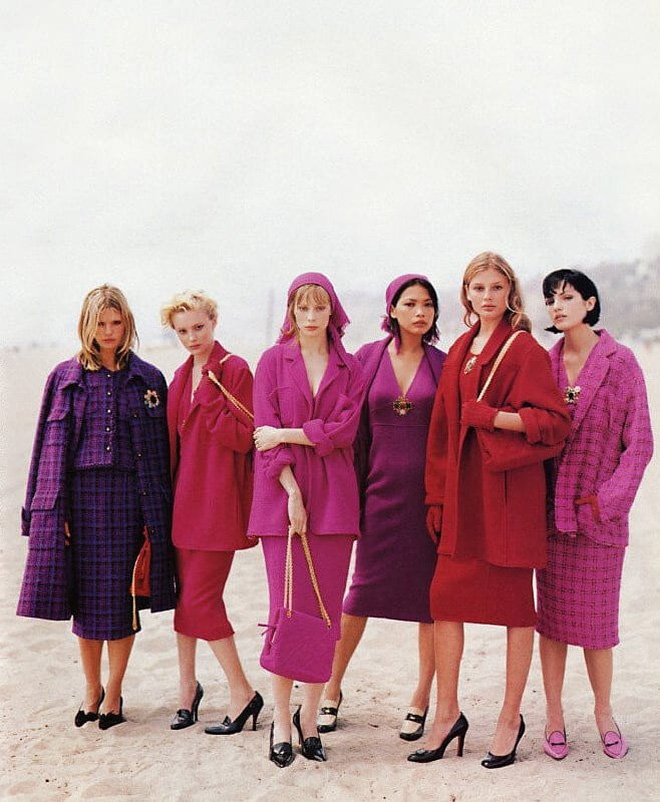 Not stopping there, Navia Nguyen also acted in many hit films such as As if (2001); The Quiet American (2002); Hitch (2005); Memoirs of a geisha and appeared in several episodes of the hit TV series Sex and the City. 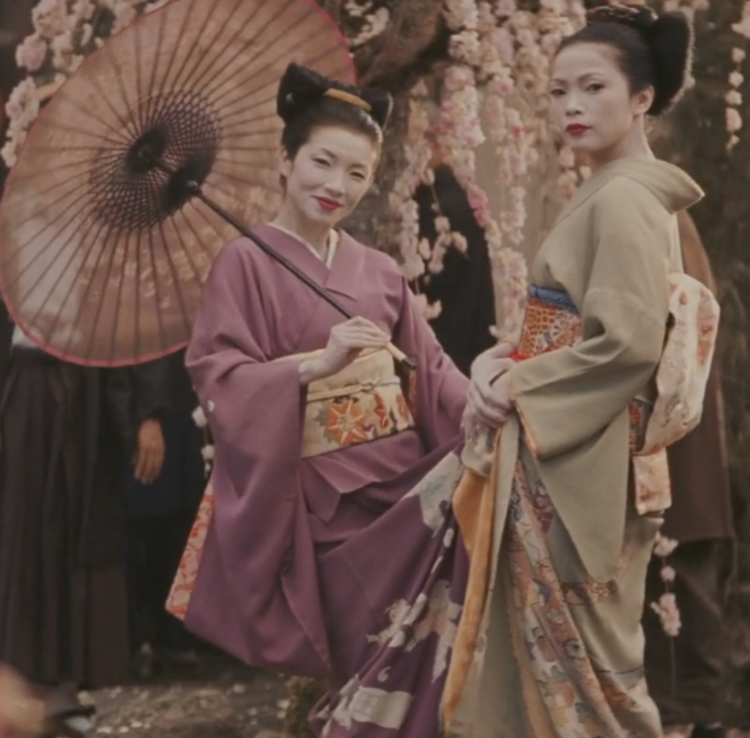 Navia Nguyen put her acting and modeling career on hold in 2009. Currently, she lives with her daughter and runs a spa in the beautiful Bali archipelago. Before retiring, Navia proudly shared: I always feel proud because I have Vietnamese blood in me. I left my hometown at a very young age and have not contributed much to the country but at least I showed the world how beautiful Vietnamese women can be.” 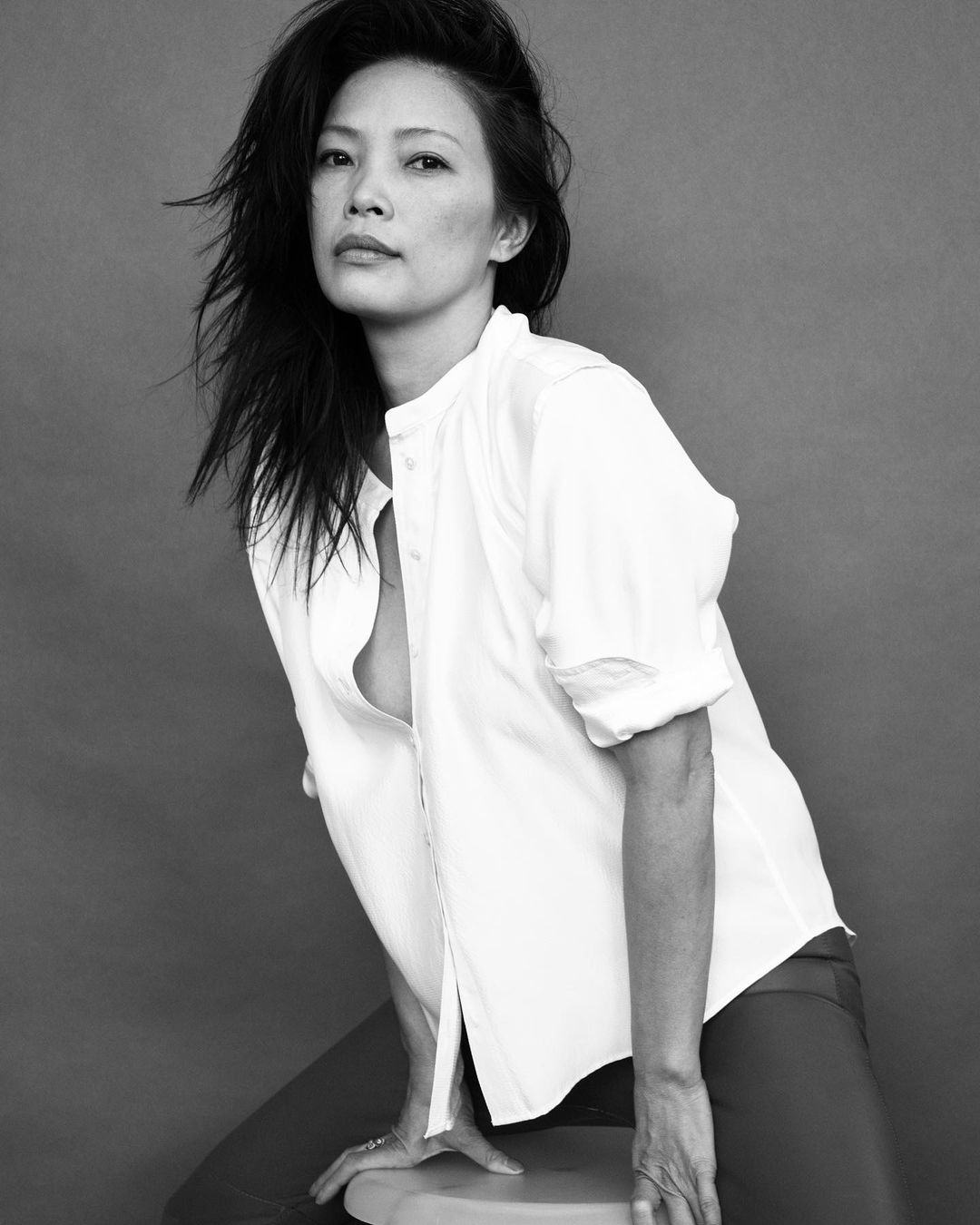 Navia Nguyen’s image is attractive and mature in the present (Photo: @naviastar)